Politologue produces masterclass to give Nicholls an eleventh Tingle Creek

Politologue gave Paul Nicholls a record 11th victory when leading home a one-two for the Ditcheat trainer in the Betfair Tingle Creek Chase at Sandown.

Altior's absence may have taken away some of the gloss from the two-mile Grade One showpiece - but there was no doubting the quality of Politologue's performance in the hands of Harry Skelton.

The John Hales-owned grey was last seen causing an upset in the Queen Mother Champion Chase winner, but there was no surprise about this victory.

In front from flag-fall, Politologue was not concerned by the proximity of Rouge Vif and managed to ward off that rival. It was then left to Nicholls' other runner Greaneteen to put it up to his stablemate but, try as he might, Politologue (11-8 favourite) was too strong.

The nine-year-old crossed the line seven lengths clear to give Skelton a Grade One double after Allmankind's exhilarating display in the Henry VIII Novices' Chase.

Politologue was cut to 8-1 from 14-1 to win the Champion Chase at Cheltenham for a second time with Coral, and to 6-1 from 20-1 with Betfair.

Paul Nicholls believes Politologue is better than he has ever been

"The other horse, Greaneteen, has run well - he just lacked a bit of class he (Politologue) has got. Two Tingle Creeks and a Champion Chase, his CV is pretty good. To keep winning those races they have got to have resolution, stay sound and keep coming back for more and he has got all of that.

"He might not be a Master Minded or Sprinter Sacre, but he is tough and keeps winning and that is what you want in this game. He is a horse the crowd loves.

"That often (happens not getting the credit he deserves) - if Altior had run today and he had beaten Altior he would probably have got a lot more credit than he deserves as people will now crab the race - but you can only win what you are up against.

"We were looking forward to taking on Altior today as the last time they met there was a length and a half between them in the Champion Chase and we think we have got the horse a lot better now and as good as ever, so it would have been an interesting race, but Nicky decided not to run and he will go elsewhere.

"All you can do is win on the day and he did it well again."

"I said to John he is in the form of his life and I think if he is fit and well the Clarence House might be a possibility and then go to Cheltenham. He is not getting any younger, it's a Grade One and then he has got a nice time before Cheltenham." 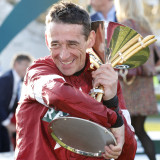 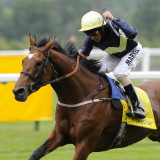