All you need to know about the Fulke Walwyn Kim Muir Challenge Cup Handicap Chase (Sponsored By JRL Group) - usually for amateur riders - at Cheltenham on Thursday 17 March.

When and where can I watch it? 4.50pm on Thursday 17 March, live in stunning HD on Racing TV.

Class tends to come to the fore:

Since 2009, every winner has carried more than 11st and six of those carried at least 11st 9lb, including Mount Ida last year.

Eighteen of the past 22 winners ran over at least three miles in their last race. Milan Native (2020) and Mount Ida (2021) were rare exceptions and could suggest a training knack for this race from their trainer Gordon Elliott. Mount Ida ran for Denise Foster last year while Elliott was served with a highly-publicised six-month ban.

Ten of the last 12 winners came from the top six in the market. Mount Ida was the favourite last year.

Jamie Codd has ridden the winner four times since 2009. Amateurs will be able to compete once again this year after non-professional sportspeople were sadly ruled out of last year's Cheltenham Festival because of coronavirus restrictions.

Only one of the last 18 winners won on their previous run before Cheltenham. 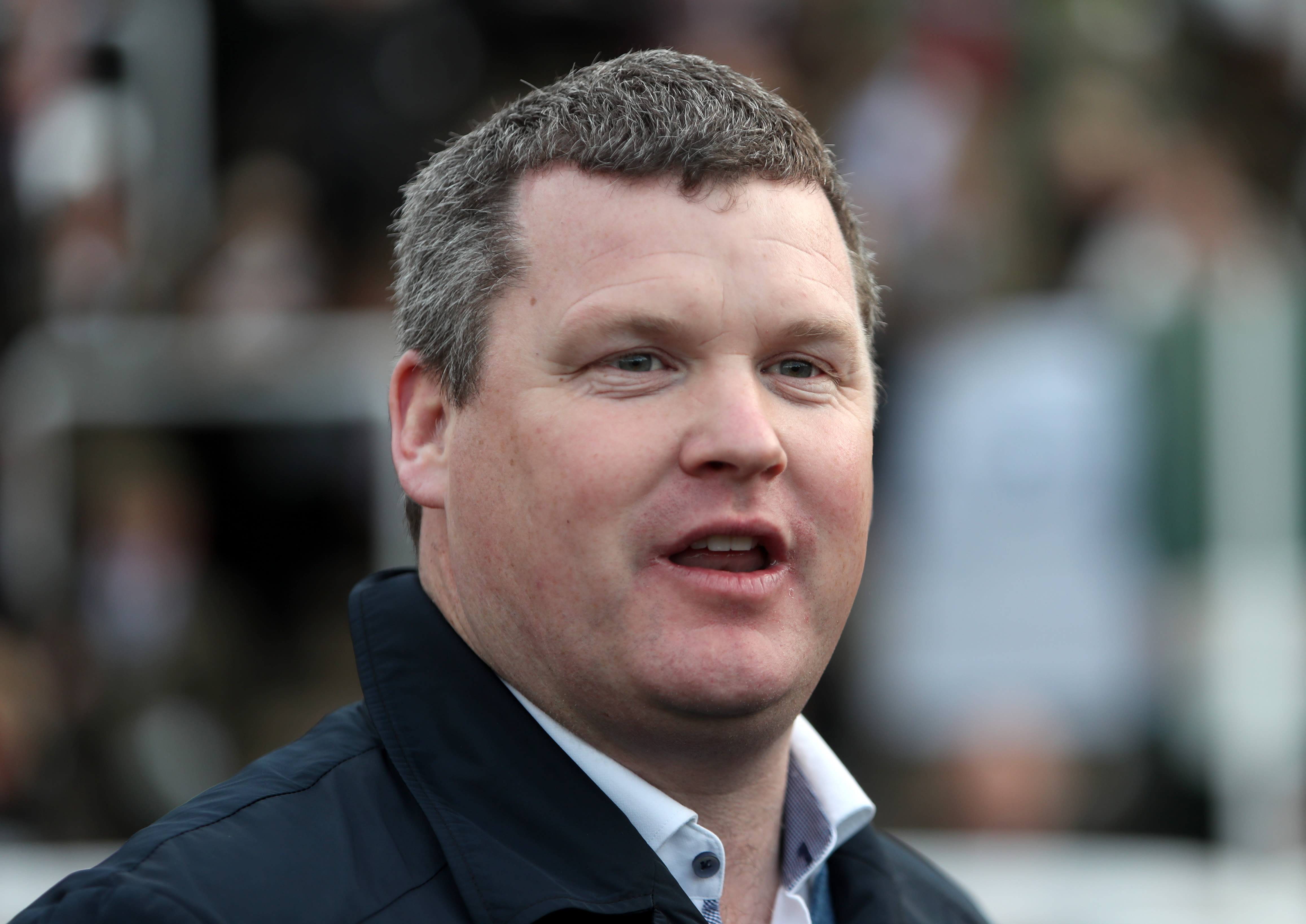 Keep an eye out for Gordon Elliott’s runners - his 16 runners in the last 16 years have yielded three winners and five places. Mount Ida won the race last year for Denise Foster, the temporary licence-holder at Cullentra House Stables while Elliott was serving a six-month suspension.

The well-fancied favourite only had a handful of rivals behind her once jumping the final fence in the back straight and she was not travelling particularly sweetly, but Kennedy bided his time and weaved his way through runners and Mount Ida came good in the straight, ultimately forging to a ready success by over six lengths from Cloudy Glen (33/1) in second with Shantou Flyer (11/2) in third. Hold The Note (9/1) was well back in fourth.

After his third winner of the week, Kennedy said: "I think it was just a bit of a shock to the system for her - she had been running in small fields and there was a ferocious gallop over the first couple. Although I was tailed off at one point I still ended up getting there too soon!

"I was thinking if things don't start going right fairly soon I probably wouldn't have had any other choice but to pull her up, but after that thought she started jumping straighter and quicker. She was brilliant after that.

"I can't believe it to be honest!"

The 9-1 shot, winning for the first time over fences, capped a great day for Gordon Elliott after his earlier wins on the card with Samcro in the Marsh Novices' Chase and Sire Du Berlais in the Pertemps Final.

Milan Native had never previously won over fences and was having his first start beyond 2m 6f. He was also providing jockey Rob James with his first winner at the Festival.

Kilfilum Cross, runner-up in 2019, again had to settle for second. Elliott said: "This race has been the plan for the last few weeks for this horse, especially after we decided to run Ravenhill in the other race (National Hunt Chase). It's a race we like to win and Rob gave him a great ride. We decided we wanted to claim off him and he's very good value for his 7lb."

A horse with very classy form in his younger days, Any Second Now was covered up, arrived at the second-last with plenty of running and ran on strongly to land the Kim Muir at 6-1 for trainer Ted Walsh, owner J P McManus and top amateur rider Derek O'Connor.

Walsh landed the race twice as a jockey in the 1970s and the charm of the Festival still holds strong. "Cheltenham is magnificent, pure magic," said the trainer. "I've been racing all over the world, but there's nowhere like Cheltenham."

The 8-1 chance showed class and no little guts in victory as jockey Noel McParlan celebrated a first Festival winner after a brave front-running ride aboard a willing partner for trainer Warren Greatrex.

The eight-year-old didn’t put in a flawless round by any means but got into a lovely rhythm on the second circuit and the rider slowed the pace out in front for a tactical advantage on the run for home.

The looming Mall Dini looked to be travelling all over the winner turning in, but the gallant Missed Approach was not to be denied.

“He stays, he jumps and is brave,” said Greatrex, who had earned his training fee in the run-up to the Festival. “The owner wanted to go to Uttoxeter on Saturday for the Midlands National, but I persuaded him to come here.”

It wouldn’t be unkind to say that Domesday Book was a surpirse winner of the 2017 Kim Muir, even his trainer Stuart Edmunds could not believe that his 40-1 chance, ridden superbly by Gina Andrews, stayed on to head Pendra in the closing stages.

“It’s unbelievable, it hasn’t sunk in. I think it’s as big a surprise to me as everyone else. I came here thinking if he finished mid-div we’d do OK!,” said the trainer, celebrating his first Cheltenham Festival winner.

It was a strongly-run event, but the pace held up, with the first two home on the sharp end throughout and Domesday Book, who was having just his second start for Edmunds, showed guts and tenacity by the bucket load to rally up the hill.

Cause Of Causes, the archetypal ‘Spring horse’, had not won a race since the previous Cheltenham Festival, but he was produced to perfection by Gordon Elliott and although he still had 17 rivals in front of him at the top of the hill, he took off under Jamie Codd and shot clear to win by a remarkable 12 lengths.

The eight-year-old relished the return to better ground and this victory more than made amends for his unlucky defeat in the race two years earlier. However, it was not all plain sailing for Codd.

“It was not a straightforward race, I wanted to get him into a rhythm, but I was never happy the whole way.

“I was hoping they had gone too quick as he is not the sort of horse you can ask to make big jumps, so I was trying to get him to the top of the hill on the bridle.

“Coming down the hill, he then came alive and started to pass horses. Once I passed one, I passed another six or seven in 10 or 15 strides. I was probably there too soon but there was no looking back once I had got to the front.”

The Package became the first twelve-year-old to win the Kim Muir since Waggoners Walk in 1981 when a set of first-time blinkers proved the catalyst to a remarkable return to form from the David Pipe-trained veteran.

The Package had been out of sorts in three runs since an honourable third at the previous year’s Festival but had reportedly worked superbly in the blinkers in the build-up to this race and he never gave jockey Jamie Codd a moment’s worry as he sauntered round before cruising clear after the second last.

It was a sensational performance from a revitalised horse, but one that he could not replicate in two subsequent starts before he was retired.

Spring Heeled, partnered by Robbie McNamara, proved a poignant winner in 2014 after McNamara’s cousin, JT McNamara, was left paralysed from a fall in the same race 12 months earlier.

Riding for Jim Culloty, famous for the three Gold Cup wins of Best Mate, McNamara had won the closing bumper on Wednesday in the same Dr Ronan Lambe colours on Silver Concorde.

It was Culloty's first winner in seven months and the trainer could not hide his relief afterwards.

He said: "That was unbelievable. He was a bit fractious as a young horse, a bit of a worrier and as a result of giving him time he ended up well handicapped.

“I thought if things went his way he had a right chance but there were 24 runners, so he needed luck."

March 14, 2013 turned out to be a very special day for Nigel Twiston-Davies’ stable amateur Ryan Hatch, whose 7lb claim, along with the first-time visor, turned out to be crucial in the narrow victory of Same Difference.

It turned into a protracted duel between Same Difference and the Derek O’Connor-ridden Super Duty from the bypassed final fence (the last of four fences bypassed in total) as the pair drifted towards the inside rail.

However, Hatch urged his mount into a slender lead and the pair denied favourite backers by a head at the line, providing Hatch with his first Festival success.

“I didn’t dare believe I had won," the winning jockey said.

I knew I was up against Derek O’Connor, the top boy in Ireland, and when the result was called it was a fair relief.

“Nigel has been really good to me, giving me rides throughout the season. I’m very grateful to him.”