A cracking afternoon card at Hamilton to tee up one of the best meetings of the year at York and hopefully we can kick off the week with a winner or two.

If you have any regard for handicapping then Mark's Choice has to be the selection here as he ran a blinder from 10lb out of the weights on Saturday but can run off his true mark here.

This horse has a long history of excelling himself at Ripon but other factors may well have come into play on Saturday. He'd had another wind op and was having his first run for in form Adrian Keatley and clearly has not gone backwards from either change.

Hamilton may not have the undulations Ripon has, but suits some better than others and Marks Choice ran a good race here very early in his career. He has crack 5lb-claimer Ryan Sexton on board so a good run looks very likely.

This is a seriously good handicap and a couple of lightly-raced three-year-olds from big southern stables could be set to dominate. I have gone with Glam De Vega who won as expected in a small field minor event at Ripon last time but still looks well treated off 83 on his handicap debut.

He ran well behind a next-time-out winner on his final start last season who is now a Listed and Group-placed performer and his win last time has already been boosted by the runner-up scoring next time. Glam De Vega, an expensive purchase, is related to Group-class performers himself and has taken time to come to himself but looks as though he could be an interesting horse for handicaps and possibly better grade events in the autumn.

Millie The Minx wins this race two years ago - can she strike again?

She hails from a stable in excellent form - and one that did this column a big favour over the weekend. This mare has not won on the Flat since taking this race off the same mark two years ago, so is clearly suited by this course and distance.

She finished fifth of six last time out, but definitely showed enough to suggest her turn may be near especially having been dropped down the weights 3lb as a consequence. Jockey James Sullivan has been on board for her last two Flat victories. 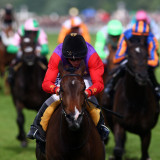 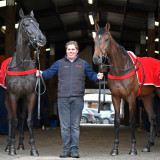 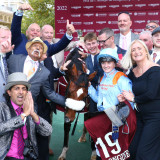