A narrow, left-handed, oval track which is approximately a mile and three quarters in extent. Races between five furlongs and one mile are run on the straight track. The course is perfectly flat, and with the exception of its two sharp bends, provides a very fair test. The course drains well, and when conditions are riding fast, it can sometimes be difficult to make up ground from off the pace.

Redcar Racecourse offers around 18 days of horseracing from April to November. Redcar Racecourse is steeped in history and can trace its beginnings back to the early part of 18th Century, when racing was staged on Redcar beach. The racecourse as we now know it was established in 1872, and the racecourse is proud to be located in the heart of Redcar in North Yorkshire.

Highlights of the racing season include the Zetland Gold Cup run on the last Bank Holiday Monday in May, and the Two-Year-Old Trophy, the Listed Guisborough Stakes, and the final of the Racing UK Straight Mile Challenge Series in October. 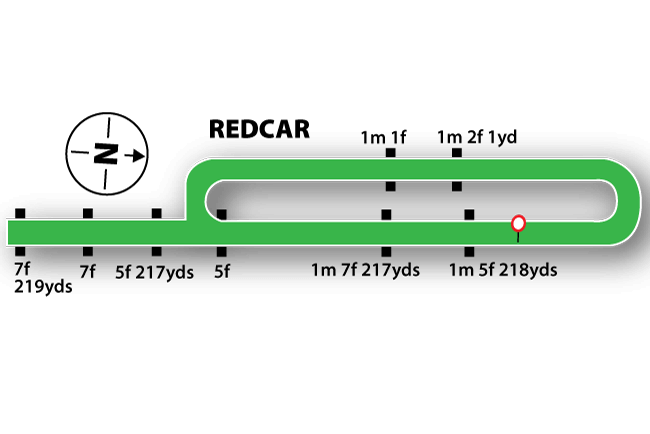