Watch how the 2018 Cheltenham Gold Cup winner landed the Grade Two contest for the third time to provide the young jockey with the biggest success of his career.

Jonjo O’Neill junior won the biggest race of his burgeoning career to date as Native River landed the Betfair Denman Chase for the third time at Newbury.

Winner of the Gold Cup at Cheltenham in 2018 in a terrific battle from Might Bite, the two met again – but the have had contrasting fortunes since.

While Native River (2-5 favourite) has maintained a consistent profile, Might Bite has regressed quickly and yet again Nicky Henderson’s 2017 King George winner was found wanting at the business end.

Riding in the absence of injured champion jockey Richard Johnson, O’Neill kept things simple and set out to make all.

While he met a couple of fences wrong on ground quicker than ideal, Colin Tizzard’s 10-year-old never looked in danger at any stage.

If anything he was just getting going after the last, and while Secret Investor kept him honest, Native River won by two and three-quarter lengths.

Tizzard said: "They left him alone today and no one decided to come with us. It was a lovely prep race for the Gold Cup. Jonjo felt as if he hadn't really got serious with him. He gave him a couple of little flicks and he was away and that is him all over. He is hardly blowing there.

"It is quite interesting, when they jumped the cross fence twice the young man thought they were going long and the old man said, 'not yet'. That cross fence can undo a lot of horses, but he is neat and handy.

"When he came here two years ago it was his first run (of the season) and we wanted to replicate that a bit. You always wonder if you have done enough on the gallops and we haven't taken him away at all.

"We just try and trust ourselves a bit."

The trainer added of O'Neill junior: "He is a good young rider and mentally he is a strong young man. He has been put under the microscope a fair bit this week - everyone is hanging on his every word, and he handles it very well.

"We like him, as he has grown up with the ups and downs of racing."

Asked about a potential Grand National bid after the Gold Cup, Tizzard said: "Traditionally the Grand National has been quite a gruelling race, but not so anymore. It is a lovely big handicap with lovely modified fences. I think he should go there, but I've got a little bit of work to do.

"I don't think there is much between him and Lostintranslation. He (Lostintranslation) has probably got a bit more pace, as you saw him beat Defi Du Seuil last season and shake him up a few times.

"I'm sure whoever rides Native River (in the Gold Cup) will be pushing on from a long way out to make it a test.

"He has won around Aintree in the Bowl and he has won around here. I think he is fine on good ground. If I had my choice of ground for him (at Cheltenham) I'd make it heavy ground, as that is what he won the Gold Cup on.

"He will be going there whatever the ground is, as long as everything is fine. It looks a pretty open race."

O'Neill said: "There's not many horses like him in the country and I'm very lucky to be asked to ride him. Dicky (Johnson) rang this morning and told me exactly what he was like. I'm very grateful.

"The run will have really sharpened him up. He was entitled to win and couldn't have done it any better." 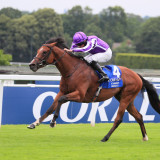 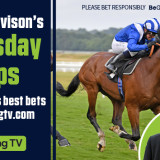 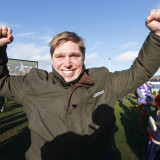 Dan Skelton: My leading lights for the new Jumps season ahead
News Articles