It was amazing last Saturday to be at Far Hills (in New Jersey about 45 minutes from New York City) for the richest ever day of jump racing in the US and the richest ever race with the $450,000 Grade One American Grand National.

The extra prize money enticed five European raiders to try for the major prize which went the way of an Irish one-two as Gordon Elliott’s Jury Duty got the better of Emmet Mullins’ Tornado Watch.

Drama did unfold as David Mullins on Tornado Watch objected to Robbie Power on Jury Duty due to some slight interference, but in the end Jury Duty took home the prize.

It was great that not just the horses and jockeys came over, but Gordon Elliott, Ben Pauling, and Charlie Longsdon were all in attendance as well as other well-known faces such as Patrick Mullins, Robert Waley-Cohen and Cheltenham Clerk of the Course Simon Claisse.

It is “Stars of Tomorrow” day at Newmarket where seven of the eight races are for two-year-olds and it looks a meeting to watch with a notebook in hand rather than a betting ticket, but of all of the juveniles on show this filly by Born to Sea strikes me as the most solid one to bet.

She put up an encouraging performance when third here on her debut at the end of last month – finishing miles clear of the fourth placed home that day – when she didn’t enjoy the clearest of runs but stayed on strongly up the hill, out of the dip.

I have yet to get my head around why this two-year-old day at Newmarket actually has a race for older horses on it, but hey I do not run British racing!

But at least it gives us one chance on the card to look at horses with real solidity of form and Bubble And Squeak has recently rounded into a rich vein of form culminating with a win here in an amateur riders’ contest.

She also won with cut in the ground at Goodwood in May so there really shouldn’t be any excuses for her track or ground wise, where as there are serious question marks over many of her rivals.

It would be great to think in years to come that one evening a question might pop up on Mastermind or University Challenge asking “where did the great Enable break her maiden?”

Obviously, the answer is Newcastle where John Gosden has a tremendous strike rate.

He is operating at a strike rate of just over 40% with 11 winners from 27 runners and a positive ROI.

He obviously likes sending decent young horses up to the Tapeta track and, although she will be a short price, Duneflower should be another winner of this type.

The daughter of Dubawi was a good second at Newmarket on debut and she can put that previous experience to good effect here.

I like this horse for the same reasons as above and it should be noted that although John Gosden has runners on the two-year-old card at Newmarket, it is Robert Havlin who is making his way up North to ride the stable representatives here.

Panmolle was second on debut at Lingfield over 7f when she appeared to be slightly inconvenienced when having to break from stall one and, having missed the kick, she was never in as good of a tactical position as the winner Game Player that day.

The winner went on to win next time out at Newmarket and is now rated in the mid-80’s. 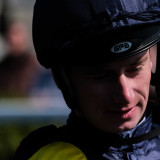 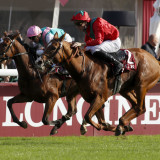