Trainer Stephen McConville and his son Michael have been disqualified for three years following a British Horseracing Authority hearing into the withdrawal of Anseanachai Cliste at the Cheltenham Festival in March.

The Northern Ireland-based handler and his son, who is the registered owner of Anseanachai Cliste, faced a disciplinary panel on Tuesday to answer doping charges brought against them by the BHA after the nine-year-old was found to have cobalt, a prohibited substance, above the permitted threshold in a urine sample taken before he was due to run in the Foxhunter Chase.

The horse was withdrawn from the race by order of the stewards, with a BHA report stating they "could not be satisfied that the horse had been administered only normal feed and water on race day".

The case is the first in Britain concerning a positive test for cobalt, but there have been a number of high-profile cases in Australia.

Both Stephen and Michael McConville faced charges over allowing or causing the administration, or conniving in the administration of prohibited substances, having such items in their possession on a racecourse, on a race day and attempting to obstruct the proper administration or control of racing specifically by deliberately misleading, or endeavouring to mislead stewards and/or a BHA employee.

Michael McConville also had to answer whether he failed to act in the interests of the horse's best health and welfare by administering substances, namely Adrenal Cortex, without veterinary consultation or advice.

For his part, Stephen McConville had to answer if he was complicit in assisting, aiding and/or engaging the responsible person (his son) for the horse in violations of the equine anti-doping rules.

Speaking in a statement released to Press Association Sport, the McConvilles accepted full responsibility and apologised for the incident.

The statement read: "We fully accept the finding of the British Horseracing Authority and regret that they had to invest time and resources to investigate and address the incident.

"We apologise for what has happened, which was of our own doing due to lack of knowledge. However, this is no excuse for what happened at Cheltenham.

"The horse was administered the tonic - Hemo 15 - which is a widely used nutritional supplement which, unknown to us, contained cobalt.

"We now just wish to put this unfortunate matter behind us as it has caused a lot of stress to all members of our family as the horses and point-to-pointing is purely a hobby for the family.

"Again, we wish to apologise to the BHA for this unfortunate incident and thank them for the fair hearing."

Anseanachai Cliste had won eight successive point-to-points prior to his arrival at Prestbury Park in March and went on to win the Ulster National at Downpatrick nine days later.

The early admission of the pair meant the disqualifications were reduced from five years for Michael McConville and from four years for his father.

The BHA has emphasised the use of cobalt is a threat it is taking seriously. A statement read: "The BHA has been part of international collaboration and research regarding cobalt, which resulted in internationally adopted raceday thresholds of 0.1 micrograms total cobalt per millilitre in urine or 0.025 micrograms per millilitre in plasma, these have been embedded into the rules of racing.

"The presence of cobalt above the internationally accepted threshold is prohibited in British Racing. Whilst cobalt is an essential trace element and is naturally present in the horse, it may also have the potential to enhance performance when present at concentrations that exceed normal physiological parameters.

"It is also possible that exposure to significantly increased levels of cobalt may have welfare implications for the horse.

"While a testing survey carried out in recent years was reassuring that there was no endemic issue with the use of cobalt at the time, it is an integrity and welfare threat that we are taking seriously and which is forming an important part of our anti-doping strategy."

What is Cobalt and what does it do?

Cobalt is is an essential trace dietary mineral required by all mammals, including horses. A normal horse diet contains sufficient cobalt to meet these requirements

What is Adrenal Cortex?

Adrenal cortex is is not licensed for use in horses in the UK. The product description states Adrenal Cortex is a potent anti-inflammatory agent thus providing some analgesia and a bit of euphoria to the horse.” The active ingredient is stated to be epinephrine (adrenaline), which is endogenous in all mammals, including horses. Epinephrine increases blood flow to skeletal muscles, increases cardiac output and increases blood glucose levels. 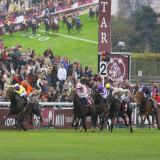