The Aga Khan has ended their retainer with Christophe Soumillon after the jockey elbowed Rossa Ryan off his horse at Saint-Cloud on Friday.

The Belgian-born ace, who has been champion jockey ten times in France, was due for crunch talks with the Aga Khan team on Monday following the shocking incident which resulted in Soumillon being handed a 60-day suspension.

Soumillon had been the owner's retainer since 2014 and has enjoyed numerous big-race victories across the world in the famous green and red silks plus was also their number one rider from 2002 to 2009.

“Following last Friday’s incident at Saint-Cloud, which resulted in the fall of Rossa Ryan, the Aga Khan Studs have taken the decision to cease their retainer with jockey Christophe Soumillon with immediate effect.

“From this week onwards, Soumillon may still ride in the Aga Khan silks on occasion at the discretion of the French trainers and the Aga Khan Studs team.

"At this stage, there is no intention to retain a jockey in France for the forseeable future.

With Soumillon's two-month ban not starting until October 14, the 41-year-old was free to ride at the two-day Arc meeting at ParisLongchamp where he guided Erevann to victory in the Prix Daniel Wildenstein for Aga Khan plus also finished a narrow second aboard Vadeni in the same colours behind Alpinista in the Prix de l'Arc de Triomphe.

The fact Soumillon was able to ride at Longchamp over the weekend caused controversy, with France Galop's chief excutive, Olivier Delloye, admitting the rules need investigating.

Soumillon: I have "bridges to build"

Christophe Soumillon acknowledges he has “bridges to rebuild” after having his retainer with leading owner-breeder the Aga Khan ended with immediate effect.

The Belgian-born rider has been champion jockey in France 10 times, but grabbed the headlines for the wrong reasons on the eve of the last week’s Prix de l’Arc de Triomphe meeting at ParisLongchamp.

Soumillon was riding Syros in Friday’s Group Three Prix Thomas Bryon at Saint-Cloud, during which he made a manoeuvre to his right and elbowed fellow rider Rossa Ryan, causing him to be unseated from Ralph Beckett’s British raider Captain Wierzba. Ryan thankfully walked away unscathed.

After passing the post in second, Syros was subsequently disqualified and Soumillon was given a 60-day suspension for dangerous riding, which will see him out of action between October 14 and December 12.

Soumillon issued a full apology and was in action at ParisLongchamp over the weekend – steering the Aga Khan’s Erevann to victory in Saturday’s Prix Daniel Wildenstein and finishing a close second aboard his French Derby and Coral-Eclipse winner Vadeni in the Arc itself the following afternoon.

But Aga Khan Studs confirmed on Tuesday morning Soumillon’s contract had been terminated.

The rider said in a statement: “I am of course very disappointed to lose my retainer with the Aga Khan Studs, but I am immensely proud and honoured to have held such a highly esteemed position for so long and wish them continued success.

“I realise that I have bridges to rebuild, but I am determined to show commitment and desire to those owners and trainers that wish to engage my services.”

A statement issued on social media by the Aga Khan Studs read: “Following last Friday’s incident at Saint-Cloud, which resulted in the fall of Rossa Ryan, the Aga Khan Studs have taken the decision to cease their retainer with Christophe Soumillon with immediate effect.

“From this week onwards, Soumillon may still ride in the Aga Khan silks on occasion at the discretion of the French trainers and the Aga Khan Studs team.

“At this stage, there is no intention to retain a jockey in France for the foreseeable future.

The Aga Khan’s racing manager Georges Rimaud confirmed that while Soumillon will no longer be retained by the team, he could still be reunited with Arc runner-up Vadeni next season.

“The statement is short, simple and to the point and came out of the discussion we’ve had with the team,” Rimaud said on Nick Luck’s Daily Podcast.

“We have decided to not renew the contract with Christophe next year and because he can’t ride for the next two months it (contract) is stopping now.

“We’ll see what happens. I think it’s very difficult to know what will definitely happen with Christophe – I’m not sure what he will be doing.” 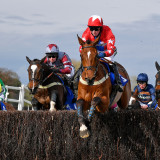 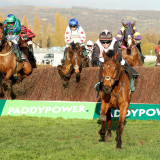 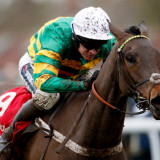 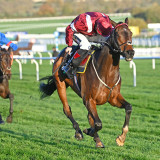