FLAT: Wetherby added Flat racing to their jumps programme in 2015. The course is left-handed, flat and approximately a mile and a half in circumference. There is no straight sprint track, and because of the position of the bends, sprints are run over 5½ furlongs, starting on a chute near the end of the back straight.

NATIONAL HUNT: Left handed, galloping. Nine fences to a circuit again now, though the four in the home straight have been switched to the inside of the hurdles track after problems caused by the realignment of the nearby A1. The signs are the fences still punish those who aren't accurate. It's a very fair test for any horse but is ideal for the free-running, long-striding sort.

Located near the namesake town of Wetherby in West Yorkshire, this independent racecourse was once exclusively a National Hunt venue. Today, it hosts flat racing fixtures as well - meaning there are now horse racing events to be found at Wetherby throughout the year.

The course’s main feature meetings are the Grade 2 Charlie Hall Chase in early November, and the Castleford Chase which takes place at Christmas. It’s occasionally referred to as ‘the A1 racecourse’, due to the proximity of the motorway which passes directly by one end of the track (making the venue very accessible by car).

However, the motorway did pose something of a problem for the racecourse, as a 2006 road-widening scheme forced the Wetherby Steeplechase Company to significantly resign their course from a pear shape to an oval. Despite the presence of the A1, the site is still very pleasantly rural.

Only 12 miles away from the heart of Leeds, Wetherby Racecourse has been a Yorkshire institution since 1891. No races are held on Sundays, but there’s usually something going on as the venue does play host to a Sunday market and car boot fair.

Home to one of the great early-season staying chase tests in the shape of the Charlie Hall, which has seen some awesome chasing champions make their seasonal debuts over the years. Although the track changed a bit a few years back, it still is regarded as one of the best National Hunt courses in the north. It’s a good jumping test and a nice galloping track, normally with nice ground conditions. The fences command a bit of respect, and the track generally requires a good amount of stamina as races are always well run. It’s a longish way up the straight and the last hundred yards or so can see things change dramatically when conditions are testing. 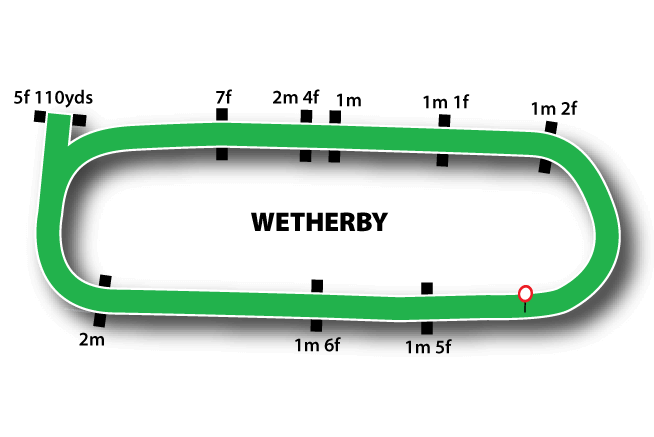 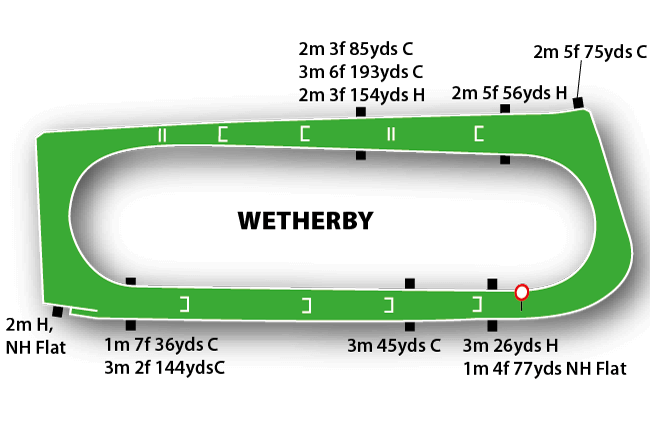