FLAT: Tramore Racecourse is a right-handed, undulating, round track that is about seven and a half furlongs in length. Many of the turns are sharp and it is a track that many horses patently fail to act around. The straight is a little over a furlong in length and is on an incline. Starting stalls are not used for any races.

NATIONAL HUNT: Tramore is an undulating, right-handed, round track only about seven furlongs in extent. The turns are sharp, and although sections of the course are on the climb Tramore very much favours the handy type of horse. There are five fences to a circuit of the chase course, with a long downhill run to the second last which is situated just before the short, uphill home straight. The run-in is around 160 yards.

ABOUT: Racing at Tramore in County Waterford was originally held on a beach - in fact, the name “Tramore” is Gaelic for “Long Strand”. The racecourse has the global distinction of having hosted the very first horse race of the current millennium (the Mean Fiddler Handicap Steeplechase), which was run on New Year’s Day in the year 2000.

Predominantly a National Hunt venue, Tramore stages an all-flat fixture in August and is very undulating - a tricky track to ride where you are either climbing or descending all the time with no really level parts. You race downhill in the back straight all the way until you reach the home straight and climb over the last two furlongs. The climb goes all the way to the top of the hill to the six-furlong post. Most of the jumps are on the uphill but it’s definitely one that suits a certain type of horse. 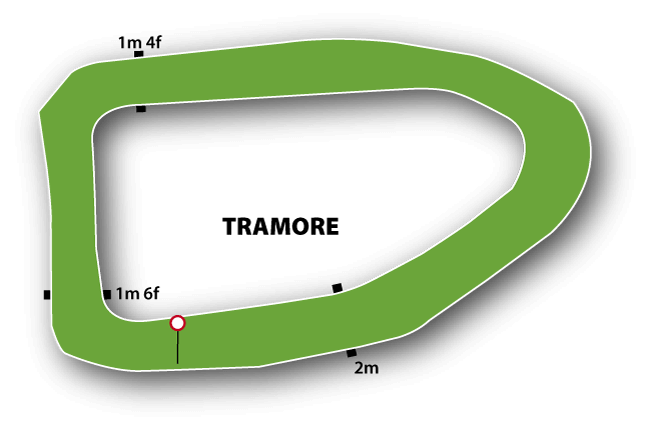 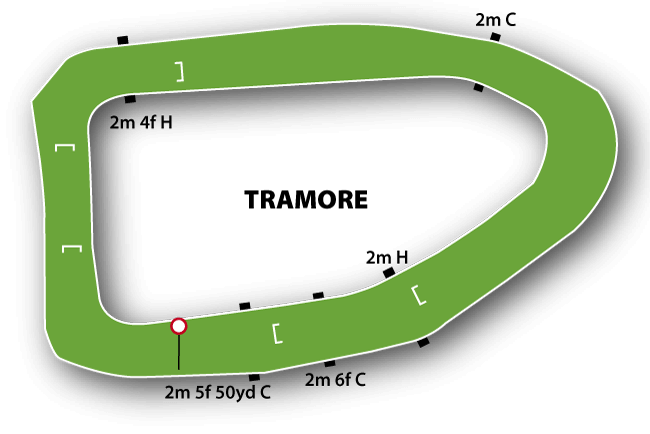