FLAT: Tipperary Racecourse is a left-handed, flat, oval track of a mile and two furlongs in length. There is a straight track of five furlongs that joins with the main track at the entrance to the two and a half furlong straight. A high draw has been slightly favoured at five furlongs, more so on soft going.

NATIONAL HUNT: Tipperary is a flat, left-handed, oval track with a circuit of about nine furlongs in extent. It is generally galloping in character. The chase course is set out inside the hurdles track with six fences to a circuit and two in the home straight of two and a half furlongs; the run-in is around a furlong.

ABOUT: Known as Limerick Junction until its renaming in 1986, Tipperary’s biggest event of the year is the “Super Sunday” held on the first Sunday of October - although it is also very popular during the summer for its evening meetings. The racetrack is located in very close proximity to the Limerick Junction railway station, and approximately two miles from the town of Tipperary itself.

A mixed venue that races throughout the summer, Tipperary has a chase track on the very inside that’s quite sharp, only a mile around, with the hurdle track in the middle that’s about 1m2f around and the flat course outside that. It has a straight five-furlong chute and is a very level, very fast track. Over fences especially need a quick horse. 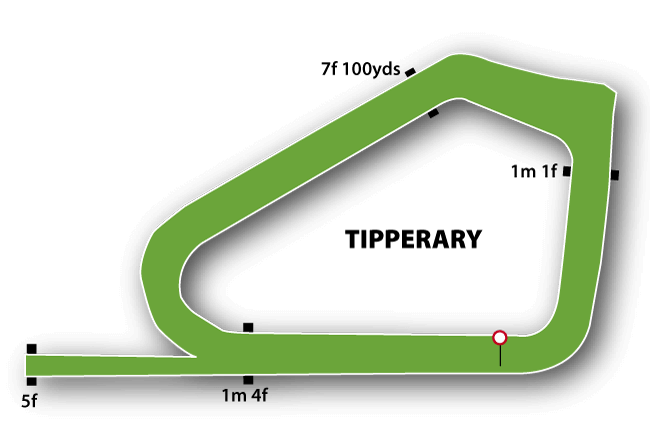 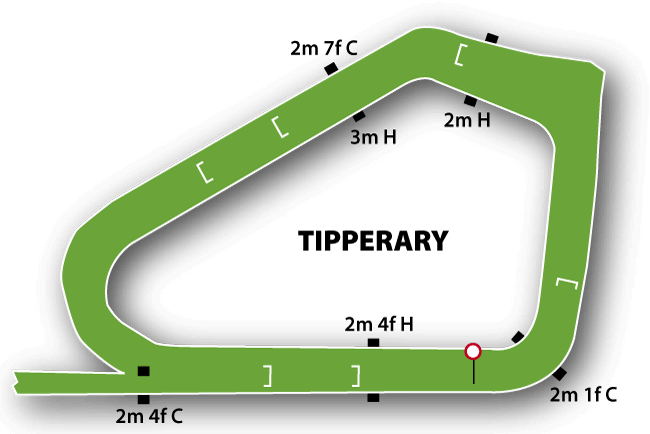