NATIONAL HUNT: An undulating, right-handed track with a circuit of around a mile and a quarter. Sections of the track are uphill but there is a fairly steep descent to the 2f home straight and the track is very much sharp in character, favouring the handy type of horse. There are seven fences to a circuit of the chase course, with two in the home straight, and a run-in of around a furlong. Due to good drainage, very few meetings are lost due to adverse weather conditions.

ABOUT: Located in County Tipperary, Thurles racecourse mainly hosts National Hunt races as well as some flat races, and has seen racing since the 1700s. Racing is held during the winter months between October and March, and the track is well-known for its free-draining turf that is quite resistant to the inclemency of the cold season and it is known to be a crucial preparation for those horses heading to Cheltenham. Kinloch Brae winners of 2016 Don Cossack and 2017 Sizing John have gone on to win the Cheltenham Gold Cup.

Traditionally a National Hunt venue, Thurles occasionally stages flat fixtures. It’s Ireland’s all-weather track for National Hunt racing basically, an incredible surface that doesn’t tend to freeze. I can’t remember too many meetings ever being called off. They races predominantly on Thursdays throughout winter. A fast track, horses that can win over fences at Thurles, novice chasers anyway, can go pretty much anywhere afterwards. There’s a lot of jumping, you race downhill to the furlong pole, past the winning post and it descends gradually for another furlong before climbing to the back straight. A sharp, fast track and the ground doesn’t tend to get too deep there. 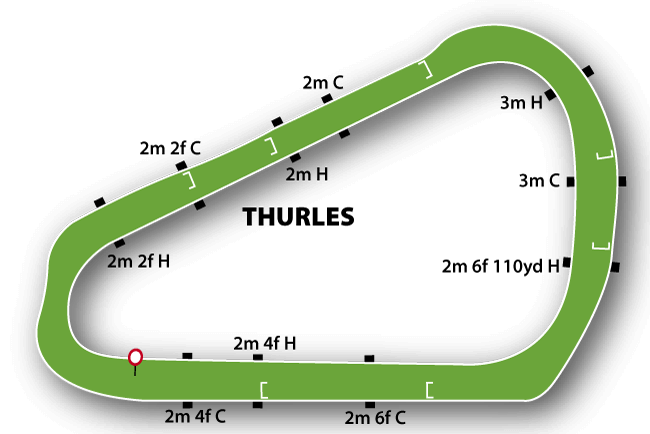