FLAT: Right handed, oval-shaped course thirteen furlongs in length with a straight of half a mile. Although a galloping course with a gradual climb from the home turn, jockeys often save something for the finish and it's a course where it pays to be not too far back on the turn for home. On soft ground the jockeys often tack across to the stand side in the straight. The five-furlong track runs across the main circuit and rises steadily throughout.

NATIONAL HUNT: Right handed, galloping. Regarded as the one of the best jumping tests for chasers in the country, thanks chiefly to the seven fences in the back straight, the last three of which are situated close together, though fallers in the home straight are very rare and, in actual fact, the course is the lowest in Britain and Ireland in terms of the proportion of casualties. Hurdles course regularly more testing than chase one during winter months, with gruelling conditions sometimes the order of the day. Front runners more favoured on the chase track, where it can regularly prove hard to make up ground when conditions place the emphasis on speed.

Sandown is an amazing racecourse and presents a really unique jumping test on the chase course. This is mainly due to the seven fences in a row down the back straight, which are far from equidistant, and the last three (the railway fences) come in particularly quick succession. After this comes the Pond Fence, before turning into the home straight for the last two, and a real stiff pull up to the line. The complexion of the races can change enormously as horses get tired. It’s a real test on winter ground, and whilst getting into a nice rhythm is crucial, the ability to shorten up quickly and be agile are really important. 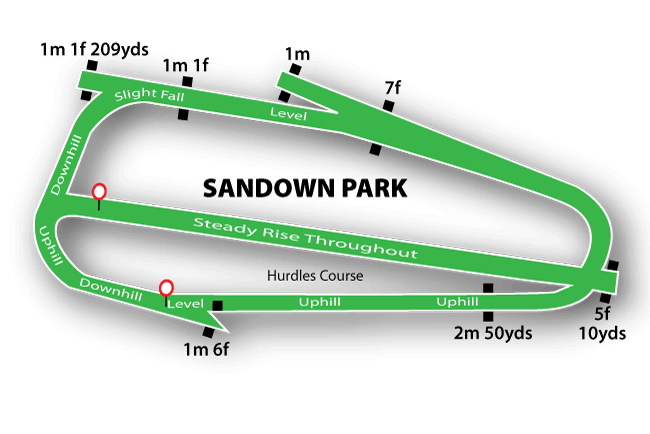 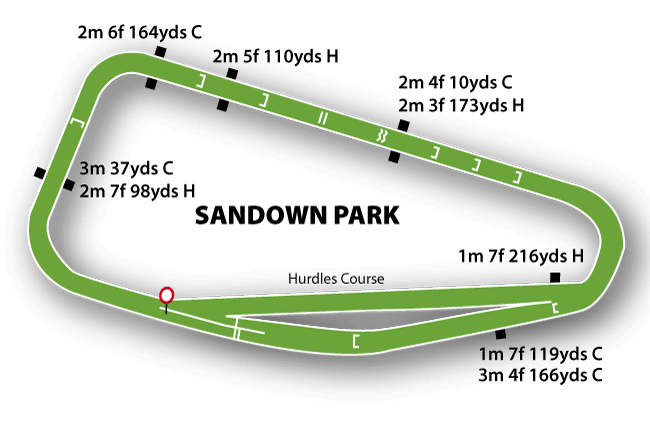