Right handed. A loop course, and despite the run-in of seven furlongs (with a right-handed elbow after three furlongs), those ridden handily can gain an advantage as the gallop is often on the steady side around the sharp loop section. The straight course is uphill throughout the last half-mile and rather testing, especially for early season two-year-olds, so an ability to see out the trip thoroughly is important. Races over 14f are started without stalls.

Salisbury Racecourse is an independent Wiltshire racecourse which hosts flat racing every year between April and October.

Often considered to be a good debut venue for the top stables to introduce new prospects, Salisbury is a popular destination for racing action. A young Lester Piggott made his first public appearance as an apprentice jockey at the course aged 12 in 1948 (weighing just five stone at the time).

Salisbury has a long and illustrious history in the world of racing, with meetings taking place since the mid-sixteenth century. Winston Churchill’s first horse Colonist II won the Upavon Stakes at the course in 1949 by four lengths.

Today, Salisbury Racecourse hosts several notable races, including the Cathedral Stakes in June, the aforementioned Upavon Fillies’ Stakes and the Sovereign Stakes in August, as well as the Dick Poole Fillies’ Stakes in September.

During the summer months, the racecourse also plays host to a number of evenings of combined racing action and musical entertainment, with bands and tribute acts and even light shows after the horses have run.

Located ten miles south of the historic site of Stonehenge, Salisbury Racecourse is an attractive and family-friendly venue with good facilities including bars and catering outlets. 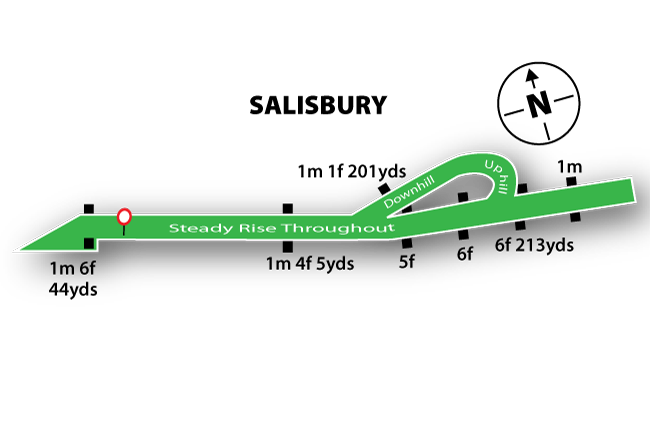