Left handed, oval track around a mile and a half in extent, with a run in of over four furlongs. Despite the lengthy straight, the bends are relatively sharp, and the track favours the more nimble, athletic sorts. Five and six furlong races are contested over a straight course with minor undulations and speedy, handy types are favoured.

Nottingham is, of course, famous for being the birthplace of the story of Robin Hood and his band of merry men. But years after the legendary outlaw left the forest, horse racing moved in. Back in 1773, racing used to take place in an area known as Nottingham forest (not to be confused with Sherwood forest), though the precise location of this area is not known. By the 19th century, both the horses and the racing found their way to their current home in Colwick Park.

During its early years, the course even boasted the royal seal of approval by becoming one of the earliest racecourses to be granted a Royal Plate race by the monarch of the time. Since then the course has been home to many major and notable races over the years, including The Further Flight Stakes, one of Nottingham’s highest quality races.

One of the racecourse’s best and most unique features is its design; it is actually two courses, one inside the other. Thanks to this layout, the courses and tracks are able to be alternated throughout the flat season, one used during the spring and one during the autumn. 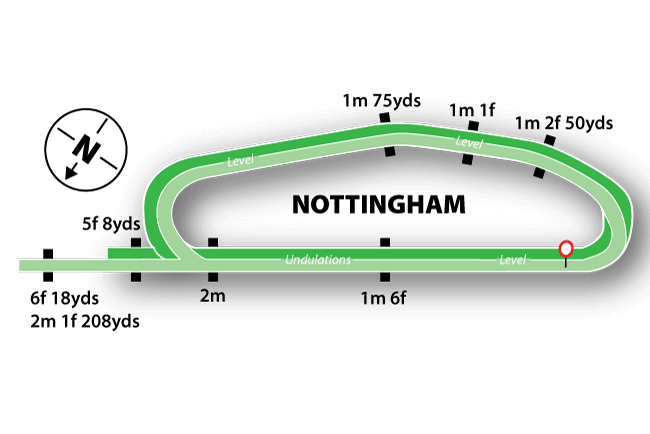