Located in the heart of Devon, on the banks of the river Teign, the racecourse was founded in 1866 by a group of local racing fans, who clubbed together to buy the land and establish a focal point for horse racing in the area. From its early beginnings, Newton Abbot racecourse has held race meetings every year since - the only exceptions being during the two World Wars.

Its main grandstand was opened in 1969 by the Queen Mother. Throughout the year, the venue also hosts a number of small-scale activities such as antiques fairs and car boot sales.

Although small, Newton Abbot has received several accolades for its quality as a racing venue. It won the Racehorse Owners Association Gold Award four years running (2012-2015), was voted the ‘best small racecourse in the west’, and was shortlisted as a contender for Best Racecourse in the UK in 2013.

With a regular plan of development taking place over the winter months, Newton Abbot is constantly evolving and adding new facilities to ensure it retains its reputation as one of the premiere small independent racing venues in the country.

A real summer jumping favourite in the west country, and is always well attended with holiday makers so it has a real buzz about the place. It’s a tight left-handed track and, as such, suits a strong traveller. Slow horses struggle a bit around here and, when you get behind, it can be hard to pass horses again on the tight bends and short run-in. Fences and hurdles can come at you pretty quickly if you’re on the wrong type of horse, so a handy front-running type is always what you want to be on around here. 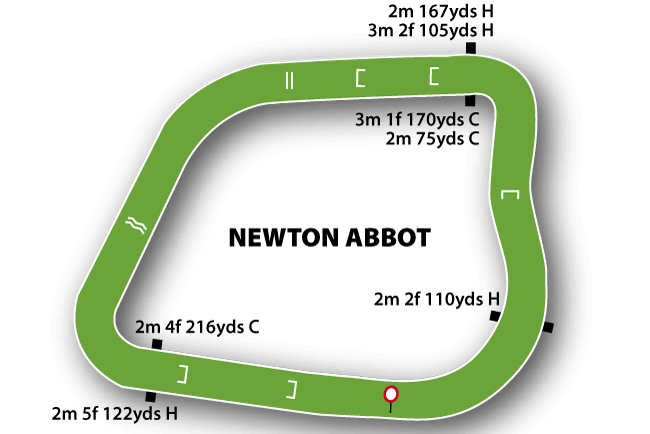