The July Course is two miles and a furlong in extent with a right-handed bend at halfway, the first mile being part of the Cesarewitch course, the last the straight Bunbury mile. There are undulations for the first three quarters of a mile of the straight, the course then runs downhill for a furlong before climbing to the line. As with the Rowley Mile course, ability to see out the trip thoroughly is essential.

The Cesarewitch course is two and a half miles long, with a single right-handed turn at halfway, creating a ten-furlong straight course, the longest in the country. A wide, galloping track with an uphill finish that is ideal for the big, long-striding horse, except for the descent into the Dip where those types can become unbalanced. Ability to see out the trip thoroughly is essential, and those that commit for home too early can be caught out by the uphill run to the line.

Newmarket is often referred to as the “headquarters” of British horseracing, hosting two of the UK’s five Classic Races. The racecourse has a history that is littered with famous faces, with racing having been recorded at this venue since the time of James I. As far as name-dropping goes, Charles II himself was known to attend races with the future James II.

Apart from welcoming horse racing enthusiasts, Newmarket also has airstrips for use by light aircraft which, amongst other occasions, were used during the Second World War by the RAF. During this time period the venue became one of the most unique courses in the country thanks to the smaller July course being the only racecourse in the UK to remain operational as a horse racing venue throughout the war.

One of the quirks of this particular venue are the specific names that have been given over the years to either courses or parts of courses. Examples of these include Beacon Course, Round Course, Audley End Course, Clermont Course, Ancaster Mile, Rowley Mile, Abingdon Mile, Bunbury Mile, Ditch Mile and Yearling Course. 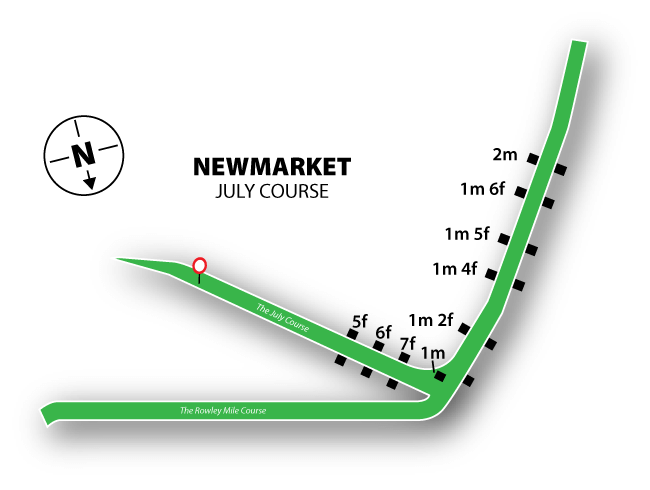