FLAT: Navan Racecourse is a left-handed oval of one and a half miles and it has a stiff finish of three and a half furlongs. There is a straight course of just under six furlongs that joins the main track on the entrance to the straight. A low to middle draw is an advantage in sprints.

NATIONAL HUNT: Navan is a left-handed, rectangular track with a circuit of a mile and a half. It is generally galloping in character with a stiff, uphill finishing straight of around three and a half furlongs. Conditions can become very testing on soft or heavy ground and ability to see out the trip is crucial. The chase course, which is outside the hurdles track, has nine fences to a circuit, with three fences jumped in the home straight and a run-in of around a furlong. The fourth-last fence is followed almost immediately by a turn.

ABOUT: Located in Proudstown in County Meath, Navan hosts races almost every month of the year (with the exception of August). Sometimes known as Proudstone Park, the course has been an established presence since 1920 and hosts eighteen days of racing every year, the majority of which take place at weekends.

One of Ireland’s premier racecourses with a stiff pull home from the two-furlong marker. A very straight track - two long straights and two lovely bends - a fence on each end, plus four on the back straight and three on the home straight. Navan is a very tough track; some of Ireland’s top jump horses will run here. Some very good maiden hurdles and beginners’ chases are run here. It’s one of Ireland’s stiffest tracks and a great racecourse. 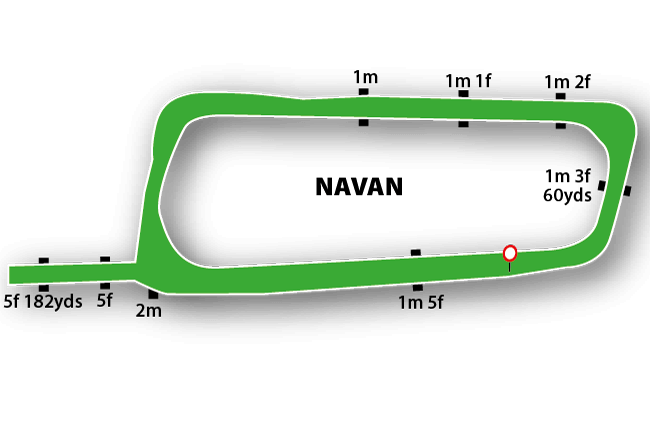 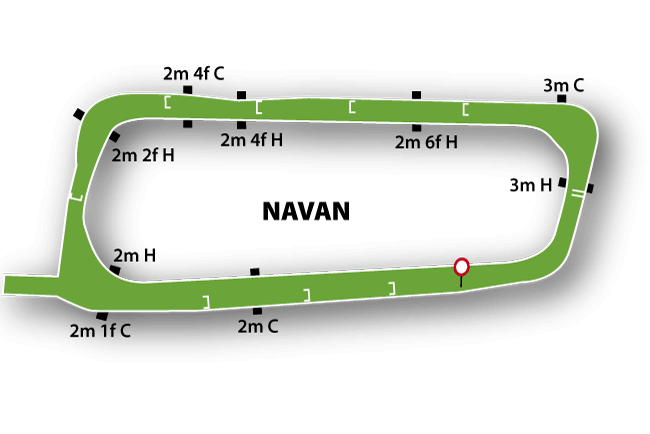