Longchamp is a first-class racecourse, the equal of any in the world. By using different combinations of track and winning post the right-handed Longchamp course can stage races at an enormous variety of distances between five furlongs and two and a half miles. There is a long, sweeping downhill turn to the very wide home straight with a run-in of around three furlongs.

It is located on the Route des Tribunes in the Bois de Boulogne in Paris, boasting a 57 hectare horse-racing facility that has been in use since 1857. Longchamp is an exceptional racecourse that attracts the best horses from around the world with its challenging race tracks varying from 1,000 to 4,000 meters in length. Here you’ll find more than half of the group one races held in France. In the world of flat racing, there are few courses more celebrated.

Longchamp has been home to countless classic races over the years, but the first ever race held at this venue was on the 27th of April 1857. The race was so prestigious that The Emperor Napoleon III himself and his wife Eugénie were in attendance. In fact, the race was so acclaimed that many Parisians took the hour long trip along the river just to get a glimpse of the spectacular horses.

These days, you may not necessarily catch a glimpse of the Emperor when you visit the venue, but Longchamps’ landmark race, the Qatar Prix de l’Arc de Triomphe, has kept up the course’s glowing reputation. Run every October, this event is regularly anticipated by racing enthusiasts around the world and is one of Europe’s most prestigious horse races. In fact, the race has become so integral to the course’s image and notoriety, that the slogan, “n'est pas une course, c'est un monument" – "It's not a race, it's a monument", was introduced for promotional material in 2003.

In April 2018, the racecourse received a brand new and modernised look after two years of closure. This re-imagined innovative design was the brainchild of the incredible architect, Dominique Perrault and now boasts an even more spacious and greener area to attract and delight its guests. 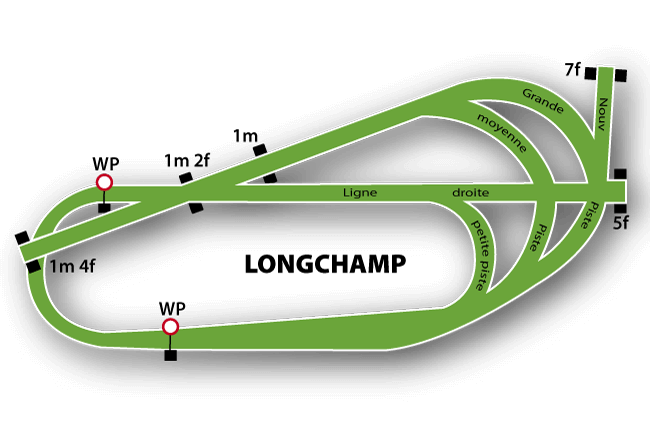