ALL-WEATHER: Lingfield’s left-handed all-weather track is laid out inside the turf track and, measuring just less than a mile and a quarter round, is essentially sharp in nature. This, along with how the races often pan out ensures that stamina is rarely at a premium and strong-travelling types with a turn of foot are often favoured. Predominantly flat, there is a slight downhill turn in to the straight. At shorter trips, prominent racers tend to outperform those ridden more patiently, though there seems little advantage over further. Lingfield's surface is polytrack.

FLAT: Left handed. Round course is about a mile and a half in length, which intersects the straight, of seven furlongs and one hundred and forty yards, nearly half a mile out. The downhill turn into the straight means that those poaching an advantage at this point are hard to reel in. Essentially a sharp course, putting a premium on speed and adaptability, though the whole complexion of the course changes when the going becomes testing.

NATIONAL HUNT: Left handed, undulating. Sharp in character on anything other than soft/heavy ground (though testing conditions do often prevail, and the track suffers more abandonments per meeting than any other jumps course), a handy position into the straight often paying dividends, especially over fences. Straightforward fences which tend to have a very low casualty rate. Bumper races usually run on the all-weather track nowadays; these are nearly always falsely-run affairs which count against stoutly-bred NH types.

Lingfield provides a decent jumping test, mainly of stamina as it gets very soft in winter months, and unfortunately has proved un-raceable on a few occasions hence many abandonments in recent times. When the going is good however, it’s a lovely left-handed, fair track with plenty of time to play your hand up the home straight. As it’s fairly flat, being handy turning for home is quite important. The bumper races are mainly now run on the All-Weather track which wouldn’t particularly suit traditionally NH bred sorts, as they tend to turn into speed orientated contests. 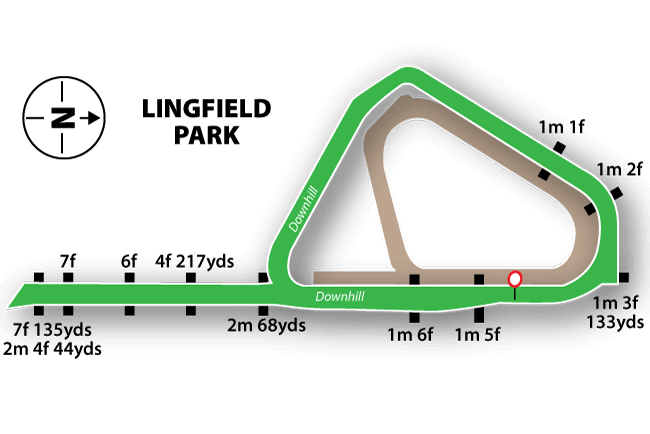