FLAT: Limerick Racecourse is a right-handed circuit of a mile and three furlongs. There is a steep climb on the latter half of the back straight, before a downhill run on the approach to the straight of three furlongs, which is on a slight incline.

NATIONAL HUNT: The new track at Limerick opened in October 2001. It is a galloping, right-handed oval track with a circuit of over a mile and three furlongs. There is a fairly sharp turn after the winning post then a stiff climb in the back straight, before a downhill run to the three-furlong home straight with a slight rise in the final two furlongs. There are seven fences to a circuit of the chase course, five of them in quick succession in the back straight which is situated on the outside of the hurdles track, and there is a run-in of around a furlong.

ABOUT: Beginning in 1790, racing in Limerick has taken place at many different sites over the years, with the current track now situated in Greenmount Park. Previous location Green Park - where Limerick racing was held until the 1990s - was once visited by US President John F. Kennedy in 1963, where he addressed a gathering of 6,000 people.

Ireland’s newest turf course has a long climb in the back straight with a row of five fences. You then descend into the turn and the home straight up to the second last fence and then it’s pretty level to the winning post. You descend a little bit more when you go away from the stands. It’s a course that suit a good jumping front runner - in fact they can be impossible to peg back sometimes. It can get very heavy in the winter and there’s a lot of flat racing in the summer. 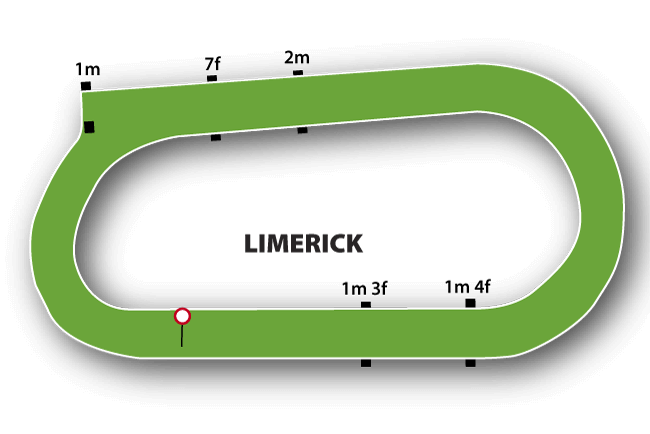 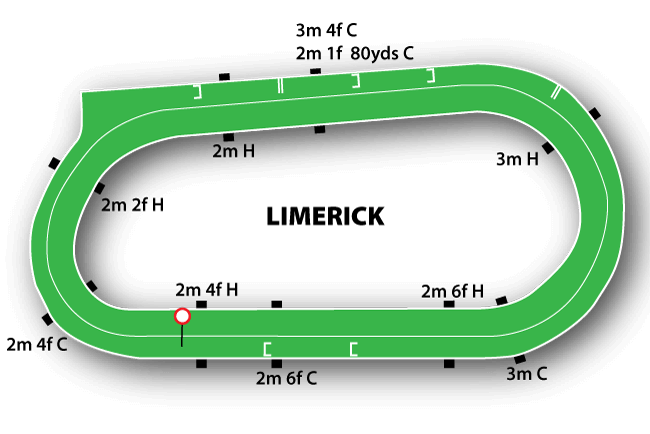