FLAT: The Leicester round course is a right-handed, oval track, about a mile and three quarters in extent, with a run-in of four and a half furlongs. The straight course, on which all races of up to seven furlongs are run, is mainly downhill to halfway, then rises gradually for over two furlongs, finishing on the level. Although the track is galloping and poses a test of stamina, prominent racers out-perform those that race further back at races up to 1m.

NATIONAL HUNT: Right handed, rather undulating with a gradual uphill finish of around three furlongs. Hurdle races run on Flat course and almost invariably more testing as a result, that track having been watered during the summer, though races are often steadily run, resulting in the field still being well bunched early in the straight. There is significant evidence to suggest that the obstacles are stiffer than used to be the case. There tends to be an advantage in taking a wide route on the hurdles course when the going is testing.

This East Midlands racetrack was opened at its current location in 1883 and features both flat and National Hunt races. It hosts more than 30 race meetings a year, including the King Richard III stakes, Gentleman’s Day and Ladies’ Day.

Leicester’s history is an impressive one, with some of the most prestigious races in the country held at its home in Oadby. The Prince of Wales Stakes and The Portland Stakes are just a couple of the renowned races that this venue has hosted in its early years.

In the 19th century some of the UK’s biggest races were held at the location, and today the venue continues to develop with the addition of new facilities and features (such as a glass-fronted grandstand). It also hosts a number of other functions - such as weddings and conferences - in its newly added event space known as ‘the Kube’.

More recently in 1997, the course began its modernisation and revival with welcome addition of the glass fronted grandstand. Since then, additions such as the Nelson Suite Restaurant with its panoramic views, as well as the Club Room, have revitalised this renowned racecourse to its original glory.

Right-handed with three tight bends, the chase course is around the inner and poses a few tricky obstacles as you run down into them, especially down the back straight where accurate jumps on the chase course are crucial. At the bottom bend runners tend to be on top of each other, trying to get a nice position ahead of turning into the home straight and keeping out of trouble here can help a lot. It’s a long way home from turning in and takes a bit of getting as it’s all uphill from here on to the line. Ground can get testing in winter, and there are a variety of opinions about the best routes to take to remedy this. 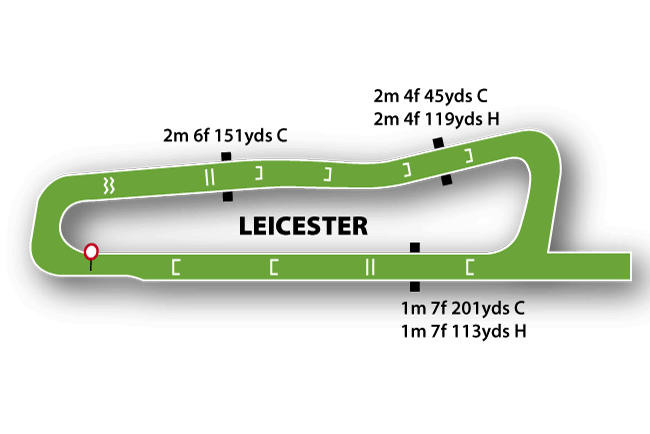