FLAT: Killarney Racecourse is a left-handed oval of just over nine furlongs. It is a sharp track with the first bend after the winning post being particularly tight. There are no races at a mile or less and no evidence of a significant draw bias.

NATIONAL HUNT: Killarney is an undulating, left-handed oval track with a circuit of around nine and a half furlongs in extent. It is sharp in character, with the turn after the winning post being particularly tight. There are six fences to a circuit of the chase course, with three in the dog-legged home straight of under three furlongs. The run-in is around a furlong.

ABOUT: Sometimes described as “Ireland’s most scenic racecourse”, racing at Killarney in County Kerry has taken place since the early 1800’s. Today, racing in Killarney often takes place in the evening, and the town itself is renowned as a popular tourist destination for visitors to Ireland - and won the award for the country’s tidiest town in 2011.

Ireland’s most picturesque racecourse, Killarney has two straight sides, two sharp bends on either end, and is a left-handed track with three fences on the back straight, and three in the home straight. They race in May, July and August and it really is a very beautiful racecourse, dead level and very fast. 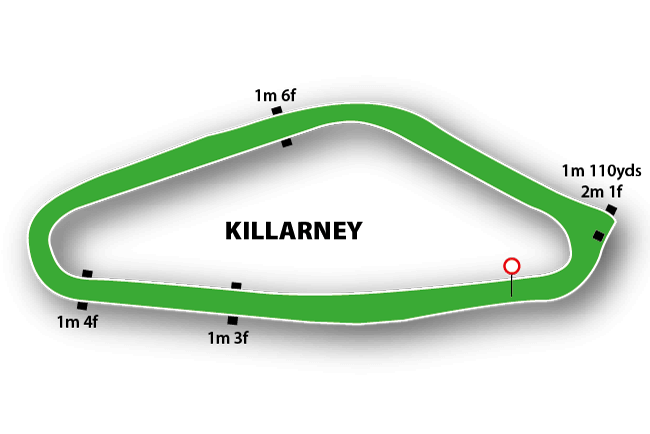 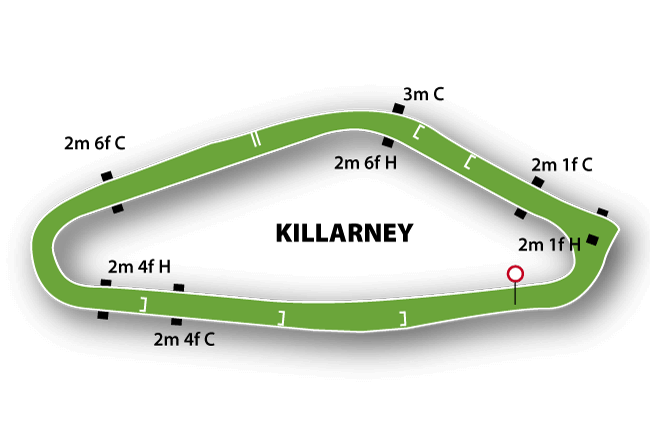