The course is a right-handed oval with easy bends, and is a flat, fast track about one-and-a-half miles in length. There are nine fences to a circuit, some of them rather tricky, and the water jump was filled in during summer 2008, astroturf replacing the water. Huntingdon favours horses with speed over stamina, sluggards seen to best advantage only under extremely testing conditions.

Based in Cambridgeshire, the raceourse has a long and fascinating history characterised by resilience in times of difficulty. Having held its first race in 1886, it was of the few courses in the local area that survived when its neighbouring courses had either closed down or were slowly forced to close.

Over the years, things have only gotten better for Huntingdon. In 1953, the course was given a makeover with a series of renovations that made it the popular venue it is today. The grandstand, one of Huntingdon’s defining features, was also created during this period by John Goodcliff who was Chairman of the Steeplechase Committee at the time.

The crowds flock to the course throughout the year, especially for notable races such as the Peterborough chase which is held every December. The Boxing Day fixture is a particular favourite (and in 2015, attracted the largest crowds the venue had seen in almost 10 years).

A very flat right-handed track, often suiting speedy types who come from the flat, probably due to the track’s mainly good ground conditions and its proximity to flat racing’s headquarters in Newmarket. Conversely the Peterborough chase has some excellent chasing champions on its roll of honour, including Best Mate, Edredon Bleu (four times) and Racing Demon, so good jumpers of fences excel here, and no doubt there will be more to follow in their footsteps. 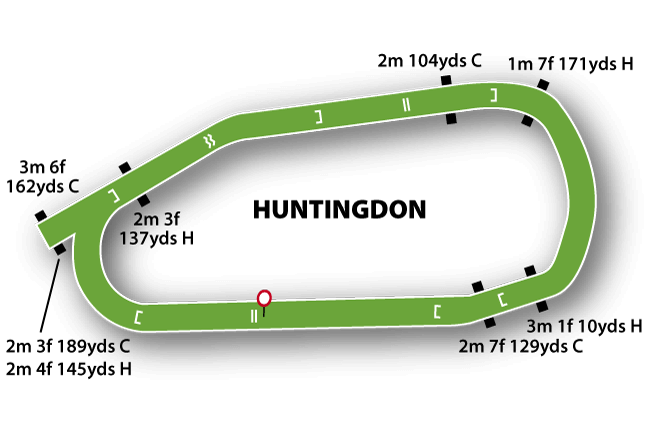