Flat: Left handed, flat. Oval-shaped, about thirteen furlongs round, with a run-in of four and a half furlongs which rises slightly throughout. Runners in races of seven furlongs and further tend to stick towards the far rail in the straight, though often switch nearer the stand side when the ground is testing. Sprints take place on the straight six-furlong course, with runners usually racing down the centre of the track.

Jumps: Left handed, flat. Conditions are often gruelling during winter, placing emphasis on stamina. Conversely, conditions at the Swinton Meeting in May usually place the emphasis on speed, with a tendency to favour those ridden prominently as a result. Formerly held an undeserved reputation as one of the hardest courses to jump around, something not backed up by statistics, and more recent evidence suggests the new portable fences still provide no more than an average jumping test. There are two chase courses nowadays, the Lancashire Course and the Inner Course. Which course is being used isn't always obvious beforehand, though the Betfair Chase meeting is run on the Lancashire Course.

Haydock Park must be one of the most used racecourses in the country with racing on 32 days a year, combining both the very best of Flat and Jump Racing. The Old Newton Cup is the last tangible surviving link between the original course and Haydock Park.

Owned and operated by The Jockey Club, Haydock Park has become the scene of some of the most popular and attended events in the Northern racing calendar, including the Grand National Trial in February, The Temple Stakes in May, the Old Newton Cup and Lancashire Oaks in July, the Sprint Cup in September and the Betfair Chase in November.

With a choice of four grandstands and 33 private viewing suites, restaurants, bars and leading conference facilities, Haydock Park is as well-known for world-class racing as it is for hosting spectacular events, attracting visitors in their thousands each year.

Formally Haydock held a reputation of being a serious jumping test over fences, but things changed a few years back there and they now have portable fences which are a bit more forgiving and are positioned on their outer flat track. It’s basically a good, galloping track but with quite tight bends. As the season goes on through the winter the ground can undergo a massive change. It’s often very testing in winter for the Betfair Chase and conversely for the Swinton Hurdle in the spring the ground becomes quick and the track is suddenly a lot sharper, therefore suiting a variety of run styles 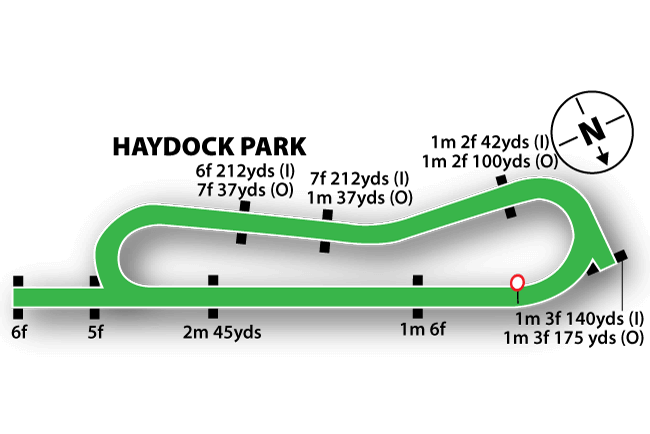 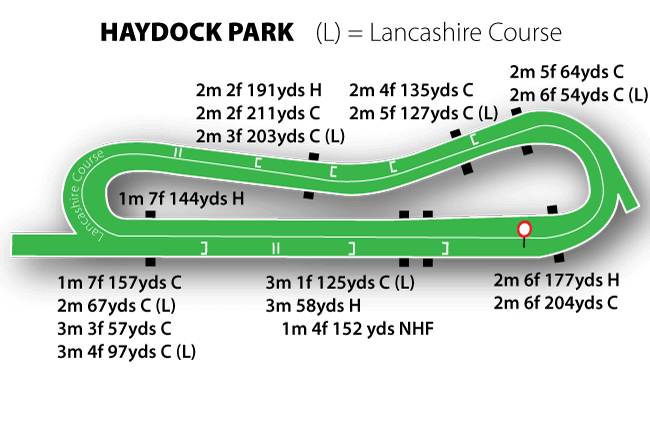