Right handed, sharp, undulating. There are steep gradients into and out of a pronounced hollow just over three furlongs from the winning post, with a severe hill up to the finish. Runners are soon on the turn over 8f/9f with those ridden prominently generally outperforming those coming from a bit further back. When the ground becomes testing, runners generally stick to the far rail.

Located a short distance south-east of Glasgow, Hamilton Park Racecourse hosts flat races between May and October every year. The course has a well-known reputation for good quality racing and glamorous events, with many famous faces appearing there over the years.

The highest-profile racing event at Hamilton Park is the Glasgow Stakes, a Listed race that takes place each year in July. Despite the name, the event was originally held at York Racecourse for many years before being relocated to the Scottish venue in 2006.

Racing has taken place in Hamilton since 1782, although the original site (which was located in Chatelherault on the other side of town) ultimately closed in 1907. Local racing then moved to what is now the current venue after a £100,000 fundraising effort in 1927.

In the late 1940s Hamilton Park became the first British racecourse to stage an evening race, an innovation that has since been adopted by the industry as commonplace.

Hamilton itself is the county town of Lanarkshire and is situated on the south bank of the Clyde. Its close proximity to Glasgow makes it easy to get to; visitors from the city centre can expect to undertake a mere 15-mile drive and enjoy free parking upon their arrival at the racecourse. 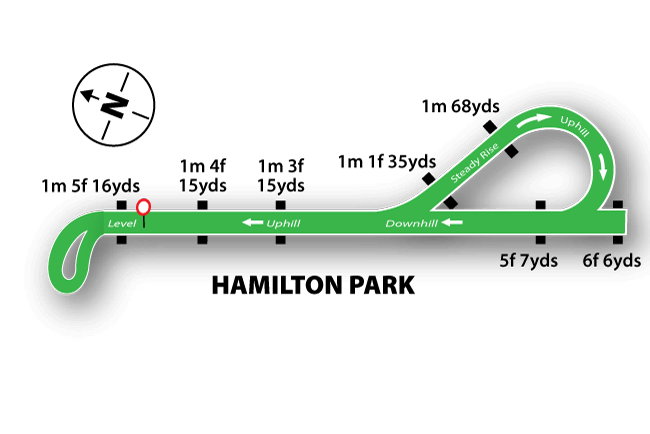