FLAT: Galway Racecourse is a right-handed track with a circuit of just over a mile and a quarter. There is a steep incline to the finish, but unless the ground is particularly testing the track is essentially sharp in character. The finishing straight is short at little more than a furlong. A low draw at 7f and 1m 100yds is a slight advantage.

NATIONAL HUNT: A right-handed track with a circuit of just over ten furlongs. There is a steep incline to the finish, but unless the ground is particularly testing the track is sharp in character, favouring handily-ridden horses. The chase course has seven fences to a circuit, with the final two fences very close together followed by a run-in of well over two furlongs. The hurdle course is laid out inside the chase course, until the final hurdle situated in the short finishing straight of little more than a furlong, and is even sharper in character than the chase course.

ABOUT: Racing has been held in County Galway since the thirteenth century, and the current track was opened there in 1869. Also known as Ballybrit racecourse, the historic Galway course was visited by Pope John Paul II in 1979, where His Holiness was greeted by an estimated crowd of 280,000 people. The visit was later commemorated by a statue of the Pope, which was commissioned by the Galways Race Committee to be proudly displayed in the racecourse enclosure.

A unique venue that stages a seven-day festival in late July/early August with two notorious fences in the dip that are close together, about seven strides apart. When you turn from the back of the castle at Galway you run downhill into the dip and climb all the way to the winning post. From there to the castle is dead level. It has a long run-in of two furlongs and with the shape of the fences you always seem to be turning to the right. It doesn’t favour horses who jump left - you lose way more ground here than anywhere else. 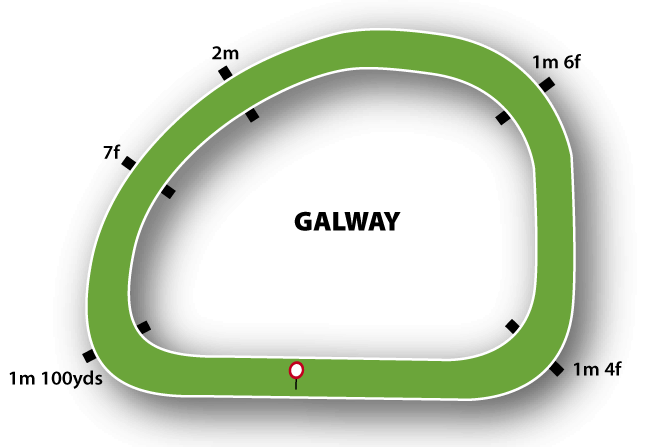 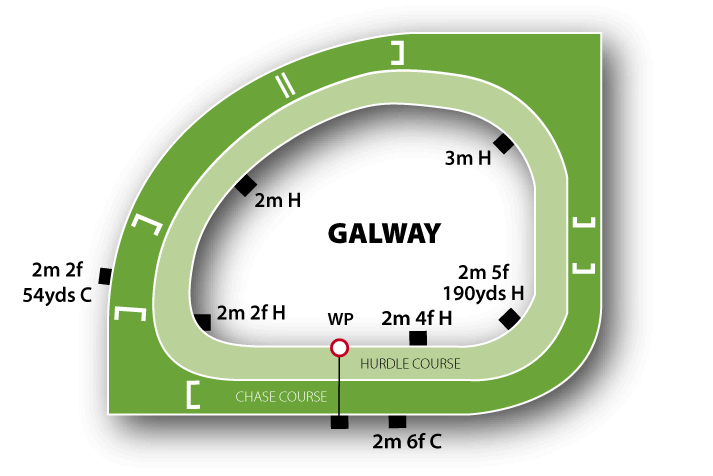