Left handed, undulating, 'U' shaped course, with tight bends. Races up to eight and a half furlongs are very sharp, meaning those ridden prominently hold an advantage, particularly on the five-furlong course, the fastest in the world, which is virtually downhill throughout.

Conversely, the first four furlongs of the Derby course are uphill and it provides a real test of stamina, anything overracing in the early part of the race usually found wanting in the closing stages. In testing conditions, the runners tend to switch towards the stands-side rail for the better ground.

Like many racecourses in the UK, Epsom has a history dating back hundreds of years, with the first recorded race in the area dating back to 1661, though some sources believe this to be even earlier. The course was given the royal seal of approval with Charles II being a racegoer here, amongst other important and noble figures.

More recently, the racecourse received even more royal attention when The Duke and Duchess of Cambridge and their family attended attended the 2011 Epsom Derby at the track after returning from their honeymoon. 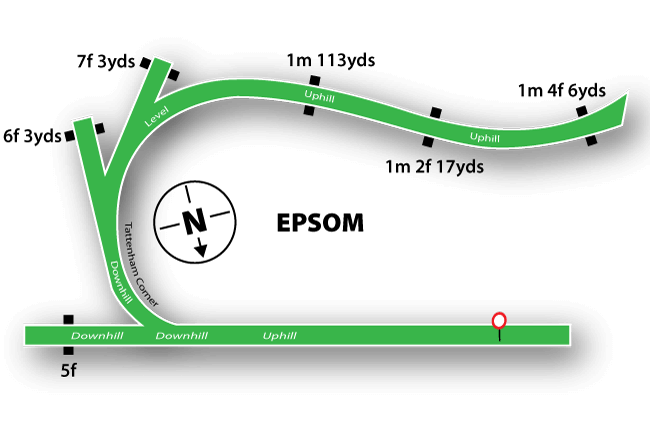