NATIONAL HUNT: Downpatrick is a narrow, right-handed track with a circuit of around eleven furlongs. This is not a track for a long-striding horse, given the numerous undulations and turns. There are six fences to a circuit of the chase course, with the last two close together before the uphill home straight of over a furlong.

Though the first race meeting held at this track took place in 1685, Downpatrick is one of two Northern Irish racecourses today (Down Royal being the other). As horse racing is run on an “All Ireland” basis, these tracks in Northern Ireland fall under the purview of Horse Racing Ireland rather than the British Horseracing Authority.

Set in the idyllic Irish countryside of County Down the racecourse is renowned for its warm hospitality and atmosphere as well as its top class facilities. In fact, the course is so popular with locals and tourists alike that it has even won awards in both hospitality and tourism sectors, such as “Sports Venue of the Year” two years in a row.

Downpatrick may be the oldest racecourse in Ireland, and legend has it that the Byerley Turk (one of the three original Thoroughbred foundation stallions) ran at the course in 1690 - a fact that is reflected in the naming of the Byerley Turk Suite, one of the venue’s hospitality suites. The original racecourse is situated just a few miles from where it resides today.

Downpatrick itself is an historic and picturesque small town, and is the home of Down Cathedral (which is reputed to be the burial place of Saint Patrick). Reaching the town and its racecourse is a straightforward matter as it is situated just 25 miles from Belfast. 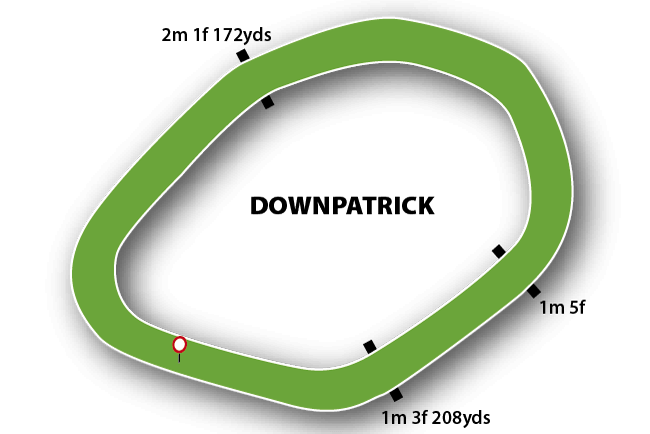 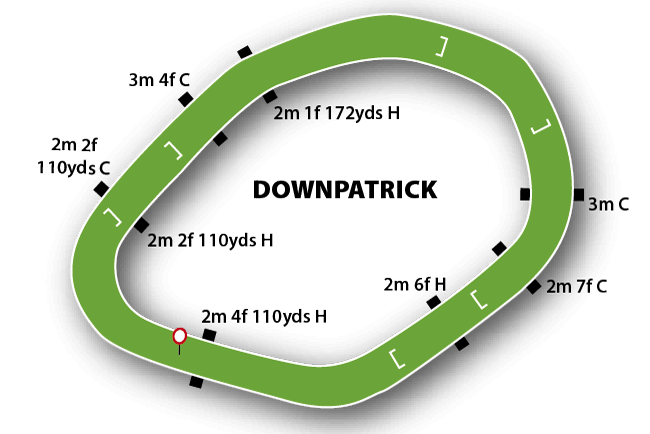