FLAT: Down Royal Racecourse is right-handed, has a circuit of just under two miles and is essentially square in shape. The course is undulating for much of the final mile, with the run-in slightly uphill. A chute for five-furlong races joins the main track after about a furlong, with races at that trip slightly on the turn until straightening just over a furlong out. Low numbers have a slight advantage at five and seven furlongs.

NATIONAL HUNT: Down Royal is a right-handed, undulating, square-shaped track with a circuit of one mile and seven furlongs. The narrower Hurdle Course, which also stages chases, sits on the outside of the General Track. There are ten fences to a circuit, with four fences in the final four furlongs and a run-in of less than a furlong. The run-in for hurdle races is over a furlong and a half.

ABOUT: Established in the eighteenth century at Maze near Lisburn, Down Royal has hosted racing for 229 years. Since the 1990s the track has undergone extensive renovations, adding facilities and features such as the Grandstand, an elevated viewing area and a hospitality suite.

Down Royal is a big, galloping track which is almost two miles in the round. It’s a mixed venue, hosting Flat, jumps and bumpers and stages a Grade One chase in November. There’s a downhill run from three furlongs out to the furlong pole and you need to be on a really good stayer to win here. 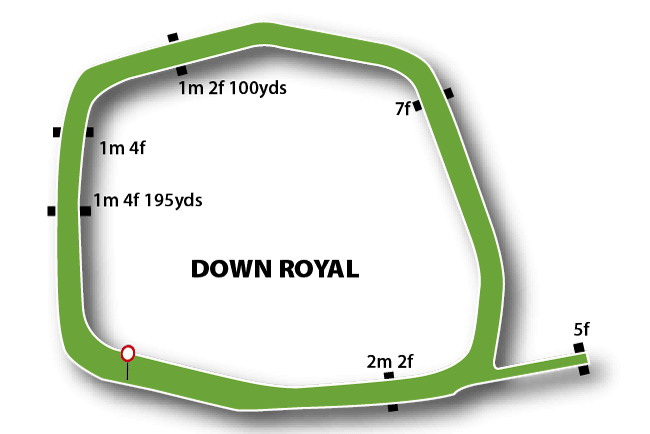 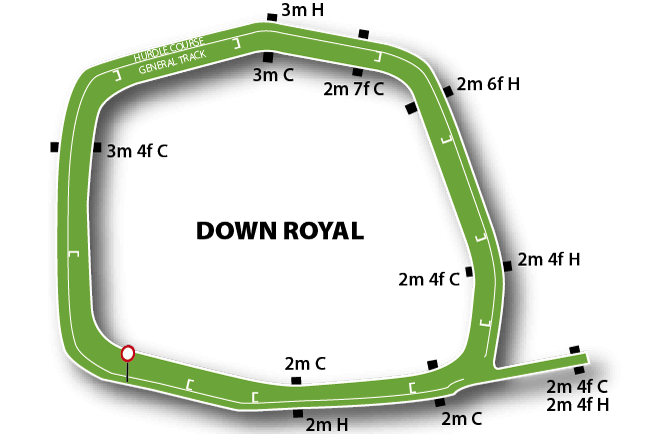