FLAT: Cork is a flat, right-handed, oval Irish racetrack with a ten-furlong inner circuit and a twelve-furlong outer circuit. It is a relatively fair track in character. A chute of two furlongs allows races over five and six furlongs to be run on a straight course, where high numbers tend to have an advantage.

NATIONAL HUNT: Cork racecourse is a right-handed, flat, oval racecourse with a chase circuit of one-and-a-half miles and two hurdle circuits, the inner one around one-and-a-quarter miles round. The track is level and galloping in character but favouring no particular type of horse. There are eight fences to a circuit of the chase course, with three in the four-furlong home straight and a run-in of around one furlong.

ABOUT: Also known as Cork Racecourse Mallow, the track is located about thirty minutes’ drive north of Cork proper, and is closely aligned with the first recorded steeplechase in history. The race was apparently held in 1725, although it was reputedly a wager between two rivals, and was contested cross-country.

A mixed venue, with flat and National Hunt, Cork recently installed a seven-furlong straight track due opening in 2019. The chase course is on the outside, hurdles and flat on the rest of it. On the banks of a river, Cork can get quite dry in the summer and wet in the winter but they do a good job to manage it as it’s not an easy racecourse to look after. It can flood quite regularly, a bit like Worcester in England, and with four fences in the back straight and three in the home straight it stages a lot of racing. Cork is a fair, fast, dead level right-handed track. If you were drawing a racecourse you would draw Cork. 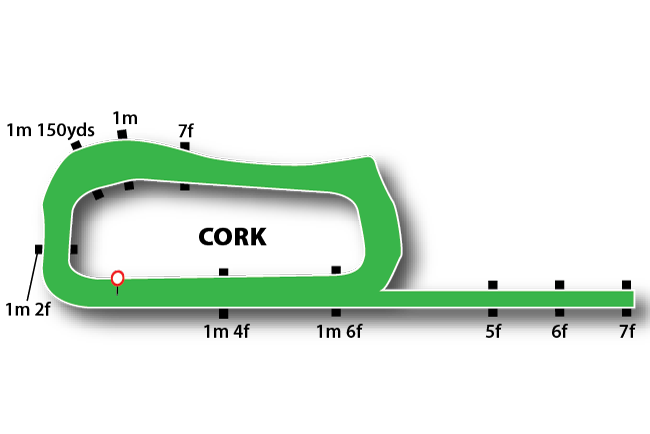 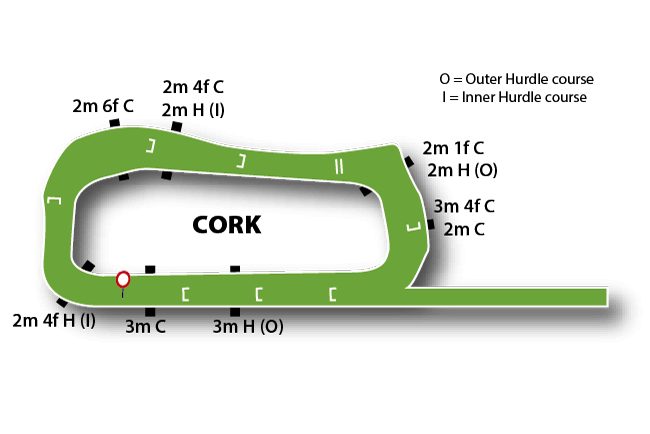