FLAT: A right-handed oval of about ten furlongs in length, with a downhill run to the straight then a rise to the line.

NATIONAL HUNT: Clonmel racecourse is an oval, right-handed racetrack with a circuit of around a mile and a quarter. The first part of the circuit is uphill before a long downhill run to the home straight of a little over two furlongs, where the ground is again on the climb. There are six fences to a circuit of the chase course, with a long run after the third last, two fences in the home straight and a run-in of around 150 yards.

ABOUT: Also known as Powerstown Park, Clonmel Racecourse has hosted races for at least 150 years, and welcomes competitors to the Clonmel Oil Chase every November. This Grade 2 steeplechase has been attended by many well-known horses over the years, including War of Attrition and Dorans Pride.

An undulating track without too many flat sections. At Clonmel, you descend sharply into the straight and climb stiffly to the winning post. It can get very testing in the winter and quick in the summer on this right-handed track. It’s a small racecourse, only a mile and a quarter round, and not an ideal venue for keen horses over two miles because it descends straight away from the two-mile start and free horses can run too keen. It can also be hard to make up ground here. 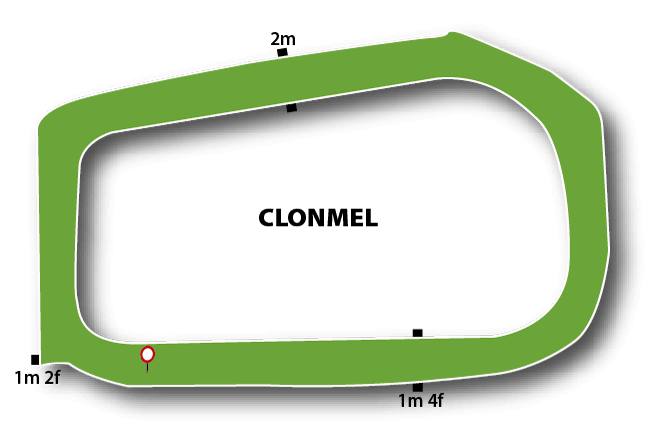 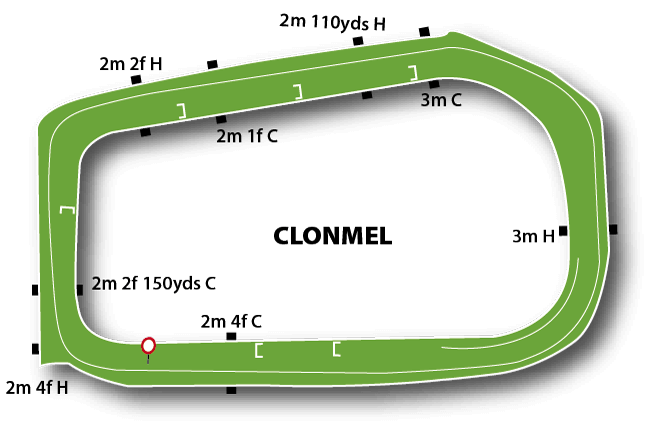