Left handed, very sharp. A circular course that's only just over a mile round, it's on the turn almost throughout and has a run-in of under two furlongs, heavily favoring those that race to the fore as it's easy to find trouble with little time to recover. A high draw at Chester is a major disadvantage, even in middle-distance races, and particularly so in large fields.

Nestled on the edge of Chester’s city walls lies Chester Racecourse, known as the Roodee. A picturesque course and rich in heritage it is set in over thirty acres of green space, which produces a beautiful backdrop to the flat racing staged on the course.

According to official records it is the oldest racecourse still in use in England with racing at Chester dating back to the early sixteenth century. The racecourse’s historic iconic façade is complimented with modern and contemporary interiors in outstanding on-course restaurants. With beautiful surroundings of manicured lawns across a variety of areas and enclosures.

Chester Racecourse has been awarded Gold Standard status by the Racehorse Owners Association. 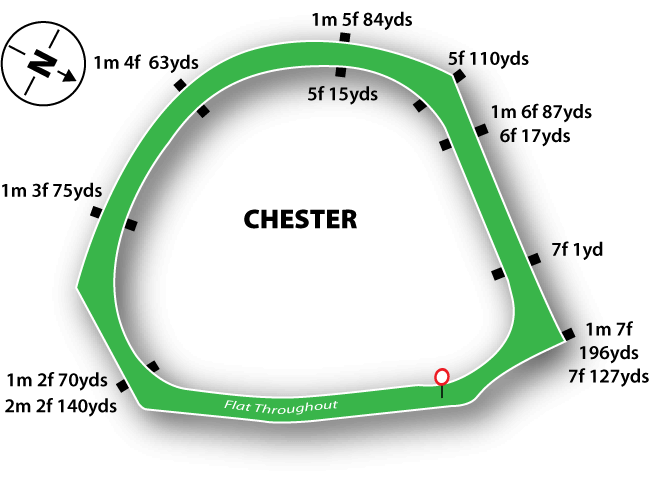