Chelmsford City Racecourse opened in 2015 and is Britain’s newest track. It has a polytrack surface and is essentially galloping in nature, having broad, sweeping turns. It is a left-handed track of just over a mile in circumference, with seven-furlong and one-mile races starting on different spurs. Races here are usually truly run and whilst this can suit closers if the pace is strong, fast starters can gain a tactical advantage in sprints. An additional turf track is currently being constructed next to the AWT circuit and this is due to be used in 2020.

Formerly known as Great Leighs Racecourse before its relaunch in 2015 the track hosts more than fifty fixtures a year (including two Listed events and the Chelmsford City Cup).

The racecourse also plays host to a vibrant calendar of music events, with previous appearances at the venue including the likes of Madness, UB40, Simply Red, Boyzone and Rick Astley (along with a wide array of other well-known bands, singers and DJs). There are also plans for the racecourse to receive several new structural additions in the coming years, such as a proposed new casino and grandstand. 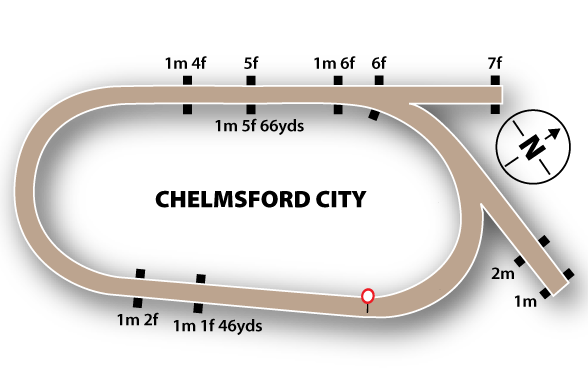