FLAT: Left handed, sharp. Oval-shaped track, measuring just nine furlongs, with a run-in of three furlongs. Its undulations combined with its exceedingly sharp nature makes it a difficult course for a big, long-striding animal, and speedy types who race handily are at a definite advantage. Races over 5f and 14f start on a spur that joins the main track at the head of the home straight. On softer ground, the field sometimes come more down the middle or near the stand side.

NATIONAL HUNT: Left handed, sharp with minor undulations. Fences generally regarded as fairly easy, but chases are normally well run. Going rarely gets that testing, with nippy sorts generally at an advantage over gallopers who take time to quicken. Beware deceptive camera angle as runners swing into the home straight, those who stay towards the centre often seeming closer to the lead than they actually are.

Catterick is a sharp, relatively flat course with a few undulations. The fences are forgiving but seem to claim quite a few fallers, probably due to it being a well-draining course where the ground is often on the quicker side even in mid-winter, hence racing happens pretty quickly. As such, it can suit handy types/front runners and can make a slow horse, or a hold-up horse, look very stupid when running over inadequate trips. 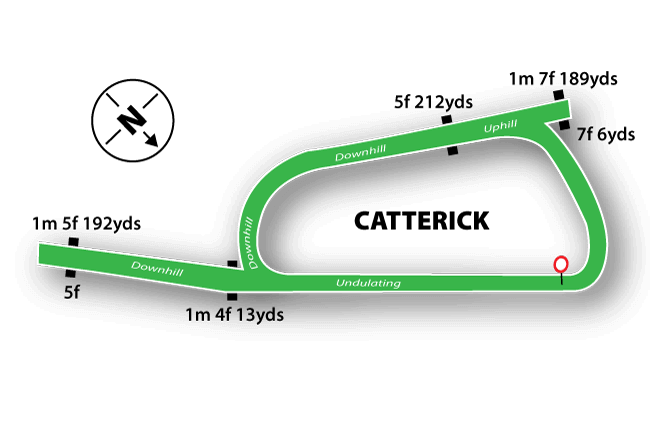 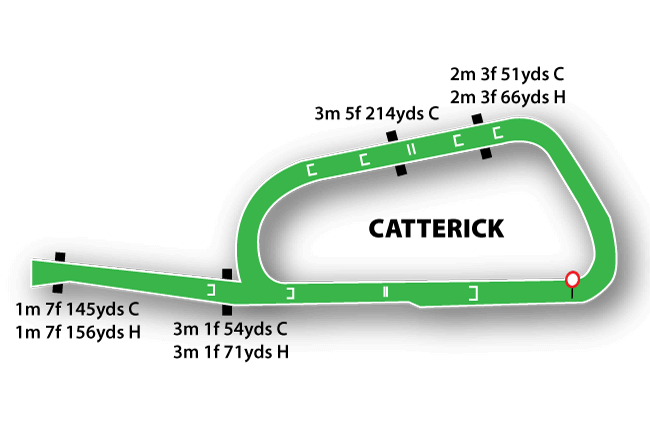 FlatChaseHurdleNHF
News Articles
My Drogo unlikely to be back before spring