Right handed. The round course, just over eleven furlongs in extent, isn't particularly stiff despite the uphill finish, this modified by the downhill turn into the straight and the relatively short run in of just two and a half furlongs, favouring those ridden closer to the pace. The five-furlong track has a dog-leg to the right and is on the rise throughout, so is on the testing side even in normal conditions, whilst in soft it takes some getting, particularly for two-year-olds early in the season.

Located roughly ten miles north-west of Hull in East Yorkshire, annual meetings have been a fixture at the venue since the mid-eighteenth century, and the history of occasional race meetings at Beverley goes back further than that to the late 1600s. During the nineteenth century, a three-day meeting was held every May following the annual meeting at York.

The tradition of annual race meetings at the Westwood venue paused for a short period during the war (during which period it acted as an airbase, with the track itself doubling as a runway for approaching planes). Today, the venue is home to many notable events, including the Hilary Needler Trophy, the Beverley Bullet Sprint Stakes, and also one of the country’s premiere Ladies Days.

The market town of Beverley itself is a charming historic Yorkshire destination, with cobbled streets and a well-preserved 8th-century minster (as well as some stylish cafés and designer boutiques). 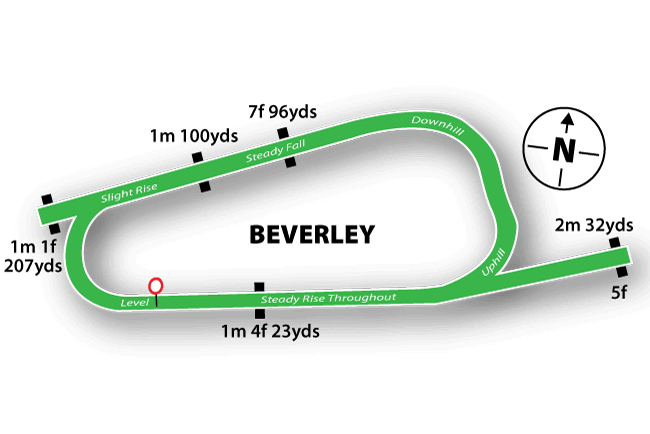