Home to the Belmont Stakes, the final leg of the US Triple Crown, for more than a century, Belmont has been the stage for many of racing’s greatest legends.

From Man o’ War to Curlin, Beldame to Rachel Alexandra, and Seabiscuit to Cigar.

The racecourse began in 1902, when a syndicate headed by August Belmont II and former Secretary of the Navy William C. Whitney sought land on Long Island to build the most elaborate track in America, one modeled after the great race courses of Europe.

They found what they were looking for on the border of Queens County and Nassau County. Originally known as Foster’s Meadow, the 650 acres of land included a turreted Tudor Gothic mansion owned by William de Forest Manice, which was to serve as the track’s Turf and Field Club until 1956.

Closed in 1963 due to structural defects, Belmont Park was rebuilt and re-opened in 1968.

The racecourse also stages the iconic races the Travers Stakes, and Whitney. 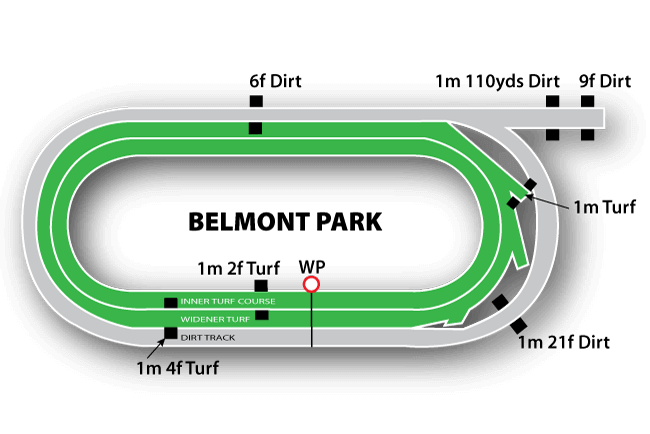