FLAT: Bellewstown Racecourse is quite a sharp, left-handed oval of about nine furlongs. It is undulating, with the final two furlongs slightly uphill. Low numbers have a slight edge in races at five furlongs and a mile.

NATIONAL HUNT: Bellewstown Racecourse is a sharp, undulating left-handed racetrack around nine furlongs in extent, and, with an uphill finish of around three furlongs, tends to suit handy, nippy horses. There are five hurdles to a circuit, with no races staged over fences. The course is situated on high ground and going on the firm side is usual for the three-day fixture held in early July.

ABOUT: Bellewstown Racecourse is situated on the Hill of Crockafotha in County Meath, just off the Irish Sea. The track hosts races on five occasions every summer, and recorded its first race all the way back in 1726. A race sponsored by King George III in 1730 cemented its reputation, with the winner taking an almighty £100.

Predominantly a summer venue situated in County Meath, Bellewstown hosts a lot of hurdle and flat races. It has no fences but stages a lot of mixed cards and has a couple of summer festivals. There are two hurdles in the back straight, three in the home straight. It tends to be well watered, with two sharp but well cambered bends and two long sides. It’s a very fair track. 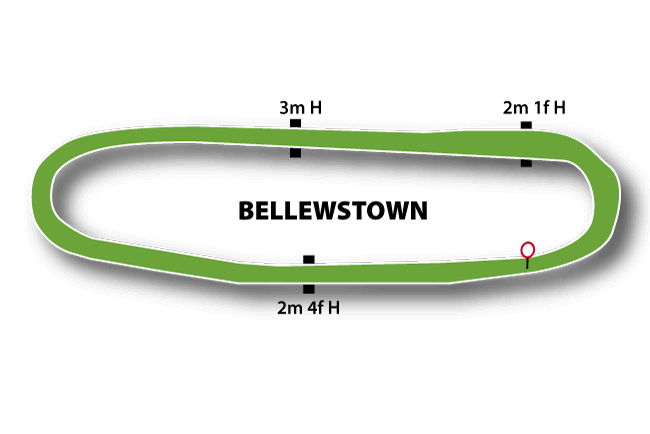