The Irish Angle: Johnny Ward's three top tips for the meeting at Navan

Well, that was quite a week for Irish racing, nothing to do with any race that took place.

The Viking Hoard episode must have the makings of a Netflix series, as would the career of David Mullins, whose decision to retire when so young is at once fascinating, understandable and a shade sad.

The show goes on at Navan on Saturday. I'm buzzing for another each-way treble.

At least this column's followers knew their fate last Sunday when Ensel Du Perche, backed into 7-2 favourite to make a winning chase debut, fell at the first.

That was on the back of a gutsy performance off a break in a maiden hurdle at Naas, when he was beaten just half a length.

Add in the market confidence to the high likelihood that Gavin Cromwell will improve the lightly raced seven-year-old and it is easy to conclude that he can win a 0-109 over hurdles.

A smart hurdler and odds-on for both his chase starts, Lord Royal is reluctantly opposed, but his last run was a little alarming and the tongue-tie goes on now.

The Big Dog should relish this track and take plenty of beating. His three-length third to Longhouse Poet, 26 lengths clear of third, proved that this strapping horse is getting there over fences.

This looks a nice bit of training by Padraig Roche, who dropped Marshalled back to two miles for his handicap debut last time.

Jumping at that sort of speed is sure to stand to him in good stead here, over 3m. Apart from one minor mistake, he jumped like he knew his job.

He met plenty of traffic, came wide into the straight and was notably tenderly handled to finish midfield.

Mark Walsh takes over and this is a desperately weak race. He looks well worth following. A prep race at Naas to go to Navan is a canny move by Roche. The majority of his chasers to have run have managed to win at least once. 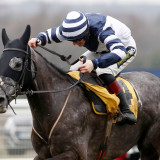 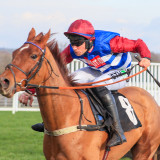