Who will shine over the Grand National fences in the William Hill Becher Handicap Chase (1.30pm) on Saturday? We've put each of the 15 contenders under the spotlight.

There are few better sights in racing than horses jumping the Grand National fences.

Dressed in spruce, these iconic obstacles have become synonymous with some of our sport’s greatest names. Red Rum, Earth Summit, Papillon, Bindaree, Don’t Push It and Tiger Roll all had their own unique stories, but each were united by their heroic exploits at Aintree.

On Saturday, the Becher Chase and the Grand Sefton – both sponsored by William Hill - take centre stage in Merseyside as the famous jumps are used for the first time in a year.

The £120,000 Becher Chase has a classy roll of honour in its own right. Here'a a guide to the 15 contenders, including Walk In The Mill who bids to make history as the first three-time winner of the race.

You can watch the contest live on Racing TV at 1.30pm on Saturday.

Looks to have improved again for the switch to Paul Nicholls. There was plenty to like about his latest effort at Cheltenham, when narrowly beaten by Ramses De Teillee. An economical jumper, these fences could play to his strengths, as will the ground with the more rain the better for his chances. However, defying top-weight could be a tough ask.

Earmarked as a Grand National prospect for some time now by his trainer, he had been schooling well over National fences in the build-up to this year’s contest before Covid intervened. He seemed to need his first run back at Punchestown and boasts smart form in Grade One company, but he looks best watched

An admirable stalwart for his yard. His efforts haveincluded a fine second in the 2019 Ryanair Chase. He shaped with promise on his return to action at Cheltenham in the Paddy Power when top-weight proved too much in testing ground. However, he is prone to the odd mistake and he will need to brush up his jumping.

A leading player. Long held in high regard by Pipe, he struggled in the 2019 Grand National but wasn’t helped by the rein snapping in that race. He returned to action with a gutsy success over Yala Enki at Cheltenham and a stamina test is sure to suit. If he can prove he takes to these fences he is of interest for a who yard that won this in 2016.

The Verdict: watch what our experts made of last year's Becher Chase

Plenty to like about his chances. A fine second in this race last year, he was staying on strongly at the finish and is reported to be in fine fettle by his trainer. A horse who goes well fresh, he went on to land the Classic Chase at Warwick when last seen. Proven over the track and trip, he also will enjoy soft ground and looks to have few chinks in his armour.

The subject of a bullish report by his trainer this week. He has been revitalised by wind surgery and was very impressive on the Mildmay course at the track in October. Tenth in this race last year, he jumped very well before getting tired from the back of the second-last. Connections feel he is a better horse this year and he could outrun his odds as long as conditions do not become too testing.

Bids for a record third straight win in the Becher. He made a very pleasing return to action at Ascot when finishing in mid-division last month. That will have set him up perfectly for this race. Ground conditions look to be massively in his favour and given his record of 114 over the Grand National fences, he has to be one of the leading players.

Won the Listed Badger Ales Trophy at Wincanton last season. The Grand National is a potential long-term aim for the 10-year-old. He jumps well and looks a likely stayer based on his bet365 Chase fourth in 2019. However, he returns after an injury and a watching brief is advised on this occasion.

Fine second in the 2019 Classic Chase at Haydock, having also previously filled the runner-up spot in the Borders National. Stamina is clearly not an issue and, only an eight-year-old, there could still be more improvement. However, he has been off the track for 693 days and it will take a fine performance to overcome such a long lay-off.

Relished a marathon test when winning the Grand National Trial at Haydock in February. He shaped nicely on his reappearance in a veterans’ event at Sandown. That Haydock success sticks in the mind given it came in testing conditions and how his jumping held up under pressure. He could outrun his odds, but looks booked for a place at best.

Far from disgraced in this race last year. Held up on that occasion, he made up headway in the home straight to finish seventh. However, there are a couple of caveats. He is prone to being quite slow at his fences and unless ridden prominently, he could also get outpaced. There’s no denying his ability, but others are more persuasive.

Bids to become the first horse since Hello Bud to regain his Becher Chase crown. Successful in 2016, he has since finished sixth, seventh, ninth, second, 15th and ninth over these fences. Second in the 2018 running of the Becher, despite running well when fifth on his reappearance, others are preferred despite a dropping handicap mark.

Looks up against it. Fifth at Bangor on his return, he is chasing a first win since the 2018 Cheltenham Festival. Success in the Ultima off 142, he is now rated 137, but a revival is required.

Arguably still unexposed and shaped with plenty of promise when second in the Tommy Whittle. However, he is not a guaranteed stayer and given he has to overcome a 350-day layoff, he looks best watched on his return to action in hugely competitive renewal.

A fascinating edition. Walk In The Mill has plenty in his favour following a satisfactory return and he looks well-placed to chase a record this success in this race. However, Kimberlite Candy caught the eye when second to that rival in last year’s contest. He went on to stamp his class in the Classic Chase and can make a winning return to action. At a bigger price, Minellacelebration has turned a corner since wind surgery and if the ground does not become too testing, he looks a serious each-way player. 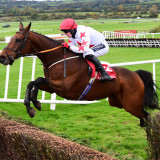 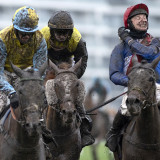