Fillies always take centre stage on the Friday of Royal Ascot. I will be watching Inspiral closely in the Coronation Stakes, if only to vindicate my judgement – I thought she was a good thing in the 1000 Guineas - as opposed to making any money! Hopefully, my fancy in the Sandringham at 5pm can help provide the weekend readies.

Sir Michael Stoute has a terrific record in this race, scooping it five times since 1999 (when he won it for the Queen) and has another great chance here with another Royal runner.

Just Fine is a typical improving four-year-old who has been lightly raced. He came back this season with a really good run at the Dante meeting at York.

I believe he might have come up against a Group class runner in Gaassee that day and to be left on the same mark, after staying-on to be beaten three lengths, looks generous. The stiff mile pull from Swinley Bottom will suit him even better here and he may well be suited by a return to faster ground having scored on good to firm at Sandown last season.

Looks a smart filly in the making and gained a heart-stopping victory at York last time, when she had to manoeuvre her way left and right to get past various flotsam in the last couple of furlongs.

It is impossible to accurately measure the extent of her superiority over her rivals there but I feel it would definitely be more than the 7lb she has been raised.

Indeed, she has the potential to be a Group-class filly rather than a handicapper. She is unbeaten in three runs all under Sean Levey and that experience of meeting trouble last time will have enormous benefit to her in this massive field.

The unrelenting pace should suit her perfectly and given her proven race craft I will be very surprised if she doesn’t run a top race. She is my best of the day.

Is back at 5f, the trip over which she last won, and Ascot’s stiff track may well suit her better than the Rowley Mile.

This filly has run well enough on her past three starts at Newmarket including in Listed class and has not always enjoyed luck in running.

She would definitely would have finished closer last time but for being carried across the track when still looking green. I feel she will be able to travel comfortably given an end-to-end gallop in this massive field and that she can show herself to be well-handicapped.

Charlie Hills has already secured Ascot for me punting wise after Dark Shift’s Royal Hunt Cup victory and clearly has his string in good form. He is an accomplished trainer of sprinters. 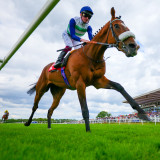 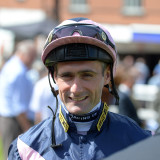 Paul Mulrennan Column: hoping for six of the best at Carlisle