John Gosden has been fined £500 by the Britsh Horseracing Authority over a positive drugs test given by filly Franconia for Ketamine and its metabolites after victory in a Listed race at Newbury last June.

Gosden, who now trains alongside son Thady, but was the licence-holder in his own right at the time of the positive test, accepted the disqualification of the filly but argued that his strict policies against drugs and alcohol use at his yard meant that he had taken the necessary steps to try and prevent the incident from occurring.

Both the British Horseracing Authority and Gosden were satisfied that the source of the positive test was a groom, described by the trainer as being "vulnerable", who after investigations began, eventually admitted to the trainer that he was a recreational user of the drug on his weekends off from work and that he believed he had caused the contamination by storing the drug in his wallet and then using a cash-card on the day of the race.

Laboratory tests confirmed that the very low levels in the sample could not have been caused by direct administration to the horse and were most likely the source of environmental contamination.

Ketamine is used in veterinary practice as a tranquiliser, but has also become well-known as an illegal high which can be swallowed, snorted or injected.

Gosden explained that he did not accept any drug or alcohol in his stables, but that at the time of the positive test, shortly after the resumption of racing after months of lockdown, he had been fearing that some of his team might have been involved in drug use.

"They're young people and I think a lot of them were bored," he said. "I think it's a nice place to work and overall we have a happy yard. We take cleanliness very seriously. There are signs everywhere. We expect people to take pride in themselves.

"We have a zero-tolerance policy towards drugs and alcohol use, but in this case, one of my employees admitted to me that he was a user but only when not at work. He tried to cover it up, but he didn't manage to.

"It took time, but he came to see me, he broke down in front of me and he was honest with me. I didn't think it was the right thing to fire him and he still works for me. It is my job to try and support my staff and now this is over, I will try to help him understand the seriousness of what he has done."

The trainer said he was upset about an interview on BBC Radio Four earlier in the day, saying that he had been invited on to talk about the success of British Champions Day only to be asked about giving ketamine to his horses.

"I was upset about that," he said. "People will jump to conclusions and decide all sorts of things without looking into the facts of this unfortunate case. It puts a stain on your character."

"Nobody is suggesting that you administered this drug or had any knowledge that it was being administered," responded Disciplinary Panel chairman Philip Curl.

After spending nearly an hour deliberating the case, the panel ultimately concluded that Gosden had "not proved on balance of probabilities that he had used all precautions to prevent a breach of the rule from happening."

"We wish to acknowledge the co-operation he gave the BHA in getting to the bottom of this matter and in supporting the staff member," said Curl.

"In the circumstances, we feel the penalty should take an unusual course and move outside of the normal guidelines and we therefore have lowered the fine to £500." 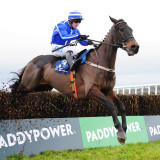 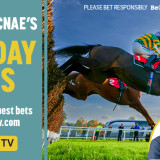