French-trained runners in the Coral-Eclipse are a collector’s item but Vadeni will try and take Sandown by storm on Saturday.

The three-year-old colt, trained by Jean-Claude owned by the Aga Khan, has never run in Britain before and not many on these shores would have been too familiar with him before his brilliant five-length win under Christophe Soumillon in the French Derby at Chantilly this month.

Here are a 15 things you may not know about him or France’s previous Eclipse challengers.

1 Vadeni will be France’s first runner in the Eclipse since Diamond Green, also owned by the Aga Khan and ridden by Christophe Soumillon, trailed home last of seven in the 2005 renewal won by Oratorio.

2 He was not originally entered in the £790,625 feature, so his connections paid £50,000 to supplement him on Monday. First prize is about £450,000 and victory would enhance his value as a stallion. Georges Rimaud, racing and stud manager to the Aga Khan, explained on Tuesday: “He hadn’t had the performance he had in the French Derby [when entries were initially made]. It was a good surprise although we’ve always had belief in him. Time will tell us if it’s a good idea.”

3 Supplementing runners for big races can go two ways, as Godolphin know only too well. They supplemented Hawkbill before he won the Eclipse in 2016. Then they tried to repeat the trick with Masar two years later but he suffered a setback on the eve of the race and did not run.

4 Vadeni won the French Derby by five lengths – the biggest margin of victory since the race was shortened to 1m 2f in 2005. The next pair home, El Bodegon and Modern Games, are both Group One winners trained in Britain. “Horses take time to mature,” Rimaud said. “Sometimes they need the right conditions and there are so many elements. He used his full potential at Chantilly. If you see his first race, it was pretty much the same kind of acceleration.”

5 He is seeking to become the first French-trained winner of the race (and eighth in all) since Javelot beat eight rivals in 1960. The colt was trained by Percy Carter, ridden by Freddie Palmer and owned by Geoffroy de Waldner. Trepan was first past the post for France in 1976 but was later disqualified after testing positive for a banned substance. Wollow, trained by Sir Henry Cecil, was awarded the spoils.

6 Vadeni is unproven on a track such as Sandown and is unraced on ground that has officially been softer than good but Rimaud is unperturbed by either part of that equation. He said: “We don’t know if he will manage the course but we expect him to. He’s very well-balanced and has a lovely action. He doesn’t get disturbed by the type of ground, whether it is soft or fast. I know there’s an uphill finish at Sandown but that’s similar to Chantilly. I don’t think it will be an issue. It is going to be a challenge, but we’re ready to take it on.”

7 He seems certain to start favourite but that didn’t help Croco Rouge, France’s last Eclipse market leader in 1999. He finished seventh of eight runners, at 5-2, with trainer Pascal Bary later reporting that colt was sweating more than usual on account of humid weather and travelling abroad for first time.

8 His connections seem to have reservations about running Vadeni over a mile and a half in the Prix de l’Arc de Triomphe in the autumn with the Eclipse likely to be followed by a tilt at the Irish Champion Stakes. “We’ll be better informed on Saturday evening as to what he’s capable of doing for an autumn campaign,” Rimaud said. “We don’t necessarily know or think that this horse is made for a mile and a half. He has a lot of speed and we wanted to stick to 2000 metres, or a little bit less with the Eclipse, so this was very much in our team’s mind. This is the only race really available to us over that distance in a Group One and with a good timing from the Prix du Jockey Club.”

9 Christophe Soumillon has ridden Vadeni in his past five races and is no stranger to big wins in Britain. He was winning on these shores for the 26th time when guiding Perfect Power to success in the Commonwealth Cup this month but is 0/5 when riding at Sandown.

10 Jean-Claude Rouget, the trainer of Vadeni, is 4-15 with his British raiders since 2015 with Ervedya, Qemah and Almanzor all landing Group One races for him. He will be having his first runner at Sandown.

11 The Aga Khan’s last winner in Britain was Harzand, winner of the Derby in 2016 for John Oxx and Pat Smullen. His silks have been seen on these shores just ten times since 2017 with Vazirabad, runner-up to Stradivarius in the 2018 Gold Cup, coming closest to giving him another winner. 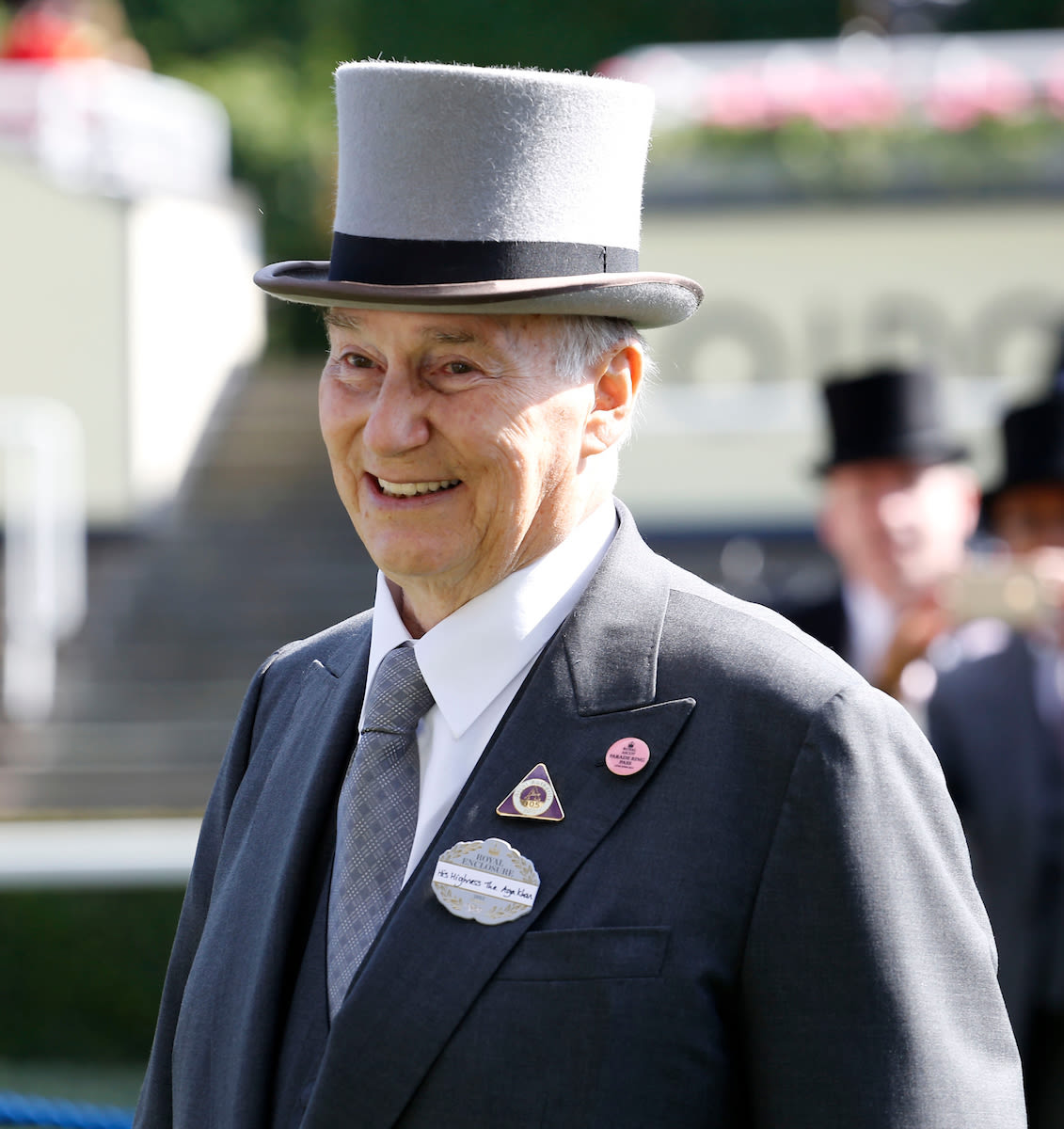 12 This is a landmark year for the Aga Khan – the 100th since he and his family before him began breeding thoroughbreds. Vadeni and Shartash, winner of the Group Two Railway Stakes at the weekend, are helping the centenary go with a swing. “You dream a lot of things in this business. You dream of Guineas and Derbys and the rest of it,” Rimaud said. “We breed a lot of horses every year and we’re very happy to be able to bring a few to that level. It’s not easy, it takes a lot of commitment from the owner, and we certainly dream of it. I know His Highness is very pleased with it and it’s great to have a good year in the centenary year.” A celebratory film is also planned this summer.

13 Vadeni has been looked after a groom of Polish origin, Dominica, ever since being broken in on the farm as a yearling. “She’s been with him since he was a yearling and rides him every morning. He’s a very easy horse with a fantastic temperament. He can be feisty enough but they need to be that way. He has a strong character and, like his turn of foot, can be very decisive. But he’s a sweet personality in his box and easy to travel.”

14 The colt will travel over the day before the race with Rimaud hoping for a smooth, incident-free ferry crossing. “I think he will travel very early on Friday morning, settle down and get on with the job on Saturday,” he said. “I hope crossing the Channel will not be too much of a task. Sometimes the paperwork has become a bit annoying in the new times of Brexit.”

15 The Aga Khan rarely keeps horses in training beyond the age of three and it’s odds-on that Vadeni will be retired at the end of the year. “We’ve kept horses at four but not many,” Rimaud said. “They need to show what they are capable of at three to eventually stand as stallions. If his year is good, he will then retire to stud.”