The British Horseracing Authority has fired a warning shot at racecourses following further unrest at a British track on Saturday.

There was a confrontation between two groups within the Ascot grandstand, and two participants were treated at the course for minor head injuries. A window was also broken. Videos on social media showed that another fight spilled out on to Ascot High Street. The police were not called.

The incident in Berkshire follows last week’s skirmish at Goodwood, where there was a 50-man fight in which a man was kicked in the head in front of racegoers.

In a statement released to Racing UK’s Luck On Sunday programme, the BHA suggested that in extreme cases racecourse licences could well be revoked.

“The behavior of crowds at racecourses is an important issue,” the statement read.

“While the vast majority of our six million racegoers each year will enjoy a pleasant and enjoyable experience, incidents such as those at the weekend cast the sport in a poor light and will cause understandable concern to those who are considering a day at the races.

“The BHA will be writing to Goodwood to ask for their assessment of the events that occurred at their fixture on Saturday, and what steps they will take as a result. We will also be writing to the RCA (Racecourse Association) for their views on issues regarding racegoer behaviour more generally.

“Crowd control, security and alcohol policies are currently the responsibility of the racecourse and their representative body, the Racecourse Association.

“However, the BHA has a duty to take into account all relevant facts and matters when issuing licences.

“We have already stated that we will be carrying out a review of all our licencing procedures later this year, which includes participant and racecourse licences.

“It is our intention to ensure that crowd control and behavior are considered as part of this review.” 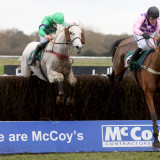