Racecourse Media Group (RMG) and Sports Information Services (SIS) have extended their relationship to encompass direct-to-home (DTH) and streaming rights to all 26 Irish racecourses, plus Chelmsford City in the UK.

• RMG will add SIS’ horseracing rights to its international TV offering, which is distributed worldwide to broadcasters for non-betting purposes.

• For the first time, all races in Ireland will be broadcast in HD.

• A live dedicated racecourse feed from every Irish and British racecourse, including paddock, ‘going down’ and unsaddling pictures, will be shown via Racing UK Extra, which is available on Racing UK digital platforms and, like all other content, can be ‘cast’ (streamed) to TV.

• Racing from Ireland and RMG’s racecourses will be packaged and positioned to tell the full stories of the Jumps and Flat seasons all on one HD channel, and will showcase the best of British and Irish racing (92% of all Group and Graded races in the UK and Ireland).

• Much work will be undertaken to ensure minimum congestion and clashes on race fixtures and times. Recent history shows that Irish and British racing can be successfully accommodated on one channel.

• Racing UK will engage the best Irish talent and will be re-branded to reflect the importance of Irish racing to the channel. Further details will be revealed later this year.

Brian Kavanagh, Chief Executive of Horse Racing Ireland, said: “This deal is a very positive one and is in the best commercial interests of Irish racing. It secures income streams for media rights for the next six years and aligns all of our rights across all platforms with the same strong partners.

“The bulk of those income streams will go to racecourses with the balance going to Horse Racing Ireland – but all of the income will go back into Irish racing. The benefits of this deal will be seen across the entire industry

“This deal means we have moved from a situation of uncertainty in relation to direct to home, streaming and international rights, to arrangements that now have been agreed and locked down until the end of 2023.”

RMG Chief Executive, Richard FitzGerald, said: “This agreement means for the first time, viewers can enjoy the major storylines of both Jumps and Flat seasons in Ireland and Great Britain on one HD channel. Our 50,000 members and 6,000 pubs and clubs in Great Britain and Ireland will also enjoy the increasingly popular racing from Chelmsford City, which continues to grow in quality and consistently attracts the best horsemen.

“A package of all Irish racing, Chelmsford City and RMG's horseracing rights will also prove a popular proposition for our streaming bookmaker partners and international broadcast partners worldwide. We have long admired Irish racing and it fits perfectly into the long-term RMG strategy. We look forward to working closely with HRI, AIR and SIS in showcasing and marketing such a varied and premium product.”

Ruby Walsh, 12-time champion jockey in Ireland, commented: “I’ve been associated with Racing UK for eight years now and can vouch first-hand for their high-quality production and presentation values.

“Racing UK’s in-depth, insightful, and extensive coverage of the major British festivals is the template for other broadcasters to follow, and it never ceases to amaze me how much hard work, research and enthusiasm goes into each production. I can assure you Irish racing will be showcased brilliantly on Racing UK HD.”

SIS Chief Executive, Richard Ames, added: “We are delighted to announce this reciprocal agreement for horseracing content, which will see a comprehensive schedule of UK and Irish racing as part of the Racing UK DTH channel, as well as Racing UK’s streaming service for online bookmakers in the UK and Ireland.”

SIS and RMG are about to embark on a five-year deal on April 1 for the distribution of audio-visual pictures and data to LBOs across Great Britain and Ireland and the two organisations last week extended the partnership to encompass international pool betting and fixed odds rights (including retail and online).

Please visit our Irish Rights Q&A on the new arrangement. 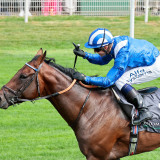 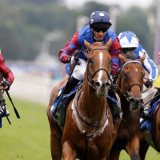 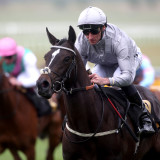