The King Abdulaziz Horse Championship could vie with the Dubai World Cup as the most valuable card in world racing after details of the new fixture emerged. 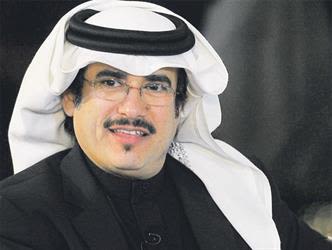 The Saudi Arabian Equestrian Club hopes to stage a 1m2f dirt race worth between $US 15 and 20million at the end of February next year at the King Abdulaziz Racetrack in Riyadh.

The new race will act as a cornerstone to an entirely dirt card with up to ten races that will, in the first instance, be worth $US 1million each.

According to Saleh Al Hammadi, director general and secretary of the Saudi Arabian Equestrian Club and general manager of the King Abdulaziz Horse Championship (pictured), there will be a card staged several weeks beforehand that will act as a prep for the main event, similar to that of Super Saturday at Meydan that is held in early March.

It means that up to $29million (£20.4m) in purses maybe available, which is just $1million shy of the total prize-money available on World Cup night, which mixes five dirt races and four on turf on the last Saturday of March each year.

“There will be around eight to ten races on the big day,” Al Hammadi said.

“The big race will be something like $US 15-20million. Of course the Pegasus World Cup is $US 16million but people pay $1 million to participate, so it is different.

“For the other races on the big night we are looking to start at $US 1million.”

The Pegasus World Cup, which is staged on dirt at Gulfstream Park in Florida in January, is currently the world’s most valuable race. When it was first run in 2017 the race was worth $12million, but following the Dubai World Cup in March of that year Sheikh Mohammed bin Rashid Al Maktoum vowed to make the World Cup the richest race once more.

When asked whether he would increase the purse of the World Cup to supersede the Pegasus equivalent Sheikh Mohammed replied: “Definitely we will do that. The future is open. We have a vision and we dream for that. We will put plans in place to improve this race – the Dubai World Cup.”

On the back of those comments the Pegasus World Cup was run for $16million in January. In February the General Sports Authority of Saudi Arabia announced plans to implement the King Abdulaziz Horse Championship that would carry a purse of $17million.

Saudi Arabia is currently a key cog in a geopolitical blockade of Qatar alongside Dubai and the rest of the United Arab Emirates.

The new festival is scheduled to be held at the same time as the Emir's Sword Festival that is staged at the end of February each year.

Goffs Thyestes Chase: Meade contender may be the answer

Goffs Thyestes Chase: Meade contender may be the answer