The all-weather course at Wolverhampton forms a flat, left-handed oval circuit of just under a mile in length. The bends are fairly sharp and with a narrow straight of under two furlongs it favours horses with the ability to hold a good position as opposed to those who need time to find full stride. In 2014, the polytrack surface was replaced with a brand new Tapeta track. This made Wolverhampton the first British course to adopt the new artificial surface, which was already popular with many venues in North America.

As the racecourse is located in the city itself, it is very easy to get to and is served by a regular bus service from Wolverhampton Bus Station. Once there, visitors can enjoy racing fixtures throughout the year as well as music events, conferences and other attractions.

There is a long tradition of racing in the area dating back to at least 1825, although meetings weren’t held at the current site until 1888. Prior to that point, races had taken place at what is now the city’s West Park.

In 1994 the track underwent a renovation, notably becoming the first track in Britain to install floodlighting. 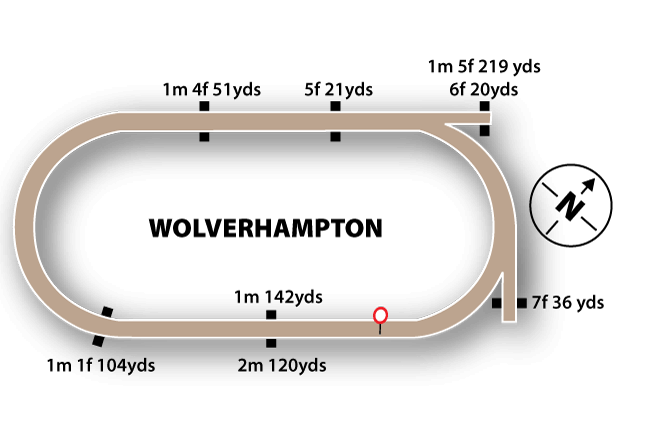