Stan Moore hopes to be in a position to dust off his passport in the new year after ‘proper horse’ The Wizard Of Eye set himself up for spelling travelling once again with a front running success in British Stallion Studs EBF Hyde Stakes at Kempton Park today.

Since winning on his second start at Newbury last season the son of Galileo Gold has been set some lofty targets, however despite coming up short on numerous occasions he enjoyed a deserved change of fortune in the Listed feature on the nine-race card.

All eyes were focused on Cash, who was making his first start since chasing home subsequent Irish Derby winner Westover in the Group Three bet365 Classic Trial at Sandown Park in April, however he had no answers to the 20-1 chance.

Dictating matters from the word go in the mile contest The Wizard Of Eye, who finished 11th in the QIPCO 2000 Guineas at Newmarket back in April and fifth in the German 2000 Guineas, was not for catching under David Egan on his return to a mile.

Although the chasing trio of Cash, Dhabab and Tinker Toy, all looked set to mount serious challenges down the home straight The Wizard Of Eye proved relentless out in front to defeat the later by three and a half lengths to complete a 180-1 treble for Egan.

Moore said: “He lost his way a little bit but he scoped bad after Newmarket (Joel Stakes) and he didn’t stay a mile and a quarter the other day. We put cheekpieces on him as David rode him and said maybe he is keeping a little bit back for himself.

“Even though people said he had been running disappointing there were still good horses not too far in front of him. He hasn’t had any easy races and he has faced some tough races.

“He showed there today what he is capable of. He is a proper horse but he is still a big baby. He is 17.3 (hands) so he is massive and there is still plenty of improvement in him.

“This is fantastic. He has won his maiden and been Group Three placed twice but he hasn’t been given the credit for what he has done.”

As regards to future plans Lambourn handler Moore hinted at another trip to Saudi Arabia next year if an invite was forthcoming.

He added: “We might just give him a chance to mature a bit but we will see. He is a tricky enough to place.

“We will see what the handicapper does. We wouldn’t mind going to Saudi Arabia again if we got an invite to one of their races again.”

“This is fantastic. He has won his maiden and been Group Three-placed twice, but he hasn’t been given the credit for what he has done.”

As regards to future plans, Lambourn handler Moore hinted at another trip to Saudi Arabia next year, if an invite is forthcoming.

He added: “We might just give him a chance to mature a bit but we will see. He is a tricky enough to place.

“We will see what the handicapper does. We wouldn’t mind going to Saudi Arabia again if we got an invite to one of their races.”

The Wizard Of Eye was a third winner on the card for Egan, who earlier struck aboard the Roger Varian-trained pair of Azure Angel (8-11 favourite) in the British Stallions Studs EBF Fillies’ Restricted Novice Stakes and Dragon Icon (4-1) in the British EBF Novice Stakes.

David Egan believes Dragon Icon has the makings of a potentially smart individual after providing trainer Roger Varian with a career-best 134th domestic winner of the year following his taking debut success at Kempton Park today.

Purchased for 360,000 guineas out of last year’s Tattersalls October Book One sale the son of Lope De Vega paid a small slice of that back when running out a ready winner of the British EBF Novice Stakes over seven furlongs.

Hitting full stride half way down the home straight the 4-1 chance continued to find plenty out in front to score by three and a quarter lengths to complete 7.6-1 doubles for both Egan and Newmarket handler Varian.

Egan said: “He is a lovely individual. I was closer to the back of the field than the front but I pulled him out early on in the straight.

“It took him a few strides to get going and he picked up and I thought that was it and he was going to finish a nice fourth or fifth but then he took off.

“I’ve not had many horses gallop out past the line the way he did there. Both me and Adam Farragher (on Elnajmm, runner-up) ended up pulling up at the four-furlong marker.

“He is a raw horse that wouldn’t have been 100 per cent tuned up for this today as it was an educational experience.

“I’ve not had much to do with him. He is very well bred and Mr Varian’s have to be taken seriously on debut but he impressed me.

“His owner (Yoshiro Kubota) has had a bit of success with Dragon Symbol who will hopefully be back next year but this is a lovely horse.”

Opulence Thoroughbreds celebrated their 20th winner on the Flat this year after ‘classy filly’ Azure Angel justified her connections confidence when getting the ball rolling for Varian and Egan in the British Stallion Studs EBF Fillies’ Restricted Novice Stakes.

After opening her account at Newcastle last time out the 8-11 Favourite appeared the drop back to six furlongs when holding Galaxy Glazer at bay by two lengths.

Courtney Wyatt, communications and racing manager for Opulence Thoroughbreds, said: “We have over 35 horses at the moment and this one has about 10 people involved in.

“We were pretty confident about her running really well today. We knew she wanted six furlongs as she just held on over seven furlongs last time. She seems quite a classy filly.

“She ran green first time out at Yarmouth but she finished behind two nice fillies and was an eye catcher to us.

“She will have a rest over the winter and come back next year. We will speak to Roger Varian and see what his plans are but six furlongs looks her trip.” 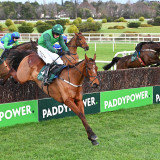 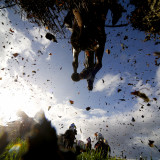 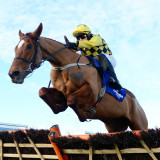