Tactical provides the Queen with poignant success in the Free Handicap

Tactical set up a return to Royal Ascot as he provided the Queen with a poignant winner in the bet365 European Free Handicap at Newmarket.

Successful at the Royal meeting last season, the Andrew Balding-trained Toronado colt had questions to answer as his form had tailed off.

When Oisin Murphy had his original path blocked by Adam Kirby on Royal Scimitar he looked like being an unlucky loser, as Naval Crown attempted to make all. But William Buick’s mount drifted off the rail, allowing Tactical just enough room to get up and win by a neck.

John Warren, the Queen’s bloodstock adviser, said: “Andrew and I have been discussing with The Queen whether we should experiment today what his trip is going to be.

“Having won at Ascot over five (furlongs), then a July Stakes over six he then lost his way at the end of the season and we ought to find out whether he is a Jersey horse, St James’s Palace, or Commonwealth Cup horse, if he was good enough for that.

“Today was a learning mission to see if we would bring him back to six. He has proven today that seven is no problem and all roads are to Ascot for perhaps the Jersey and he doesn’t get penalty for winning a Listed race which is handy.

“Andrew will get his head around it and chat with The Queen and strategise but will make a plan for the Jersey and have an entry for the St James’s Palace Stakes. It has been our imponderable over the winter why he tapered himself off a bit.

“There was mitigating circumstances when he ran in the Morny. He jumped and was wide of the field. He stayed in moderate ground in a furrow on his own and never got into the hunt so we gave him an excuse that day.

“It was his first disappointing run and thereafter he just lost his way a little bit. Luckily he has found his form and been working well at home and Andrew was quite positive and optimistic of him putting up a good performance today.

“It was a bit hairy watching it but from our point of view today it was all about learning which way to go with the horse and we have come away knowing which way we are going.”

Murphy said: “Normally when you get stopped here it’s the end of your race, but watching the replay it didn’t perhaps seem as abrupt as it felt.

“Newmarket’s uphill finish means it’s the slowest part of the race which meant I was able to catch William. 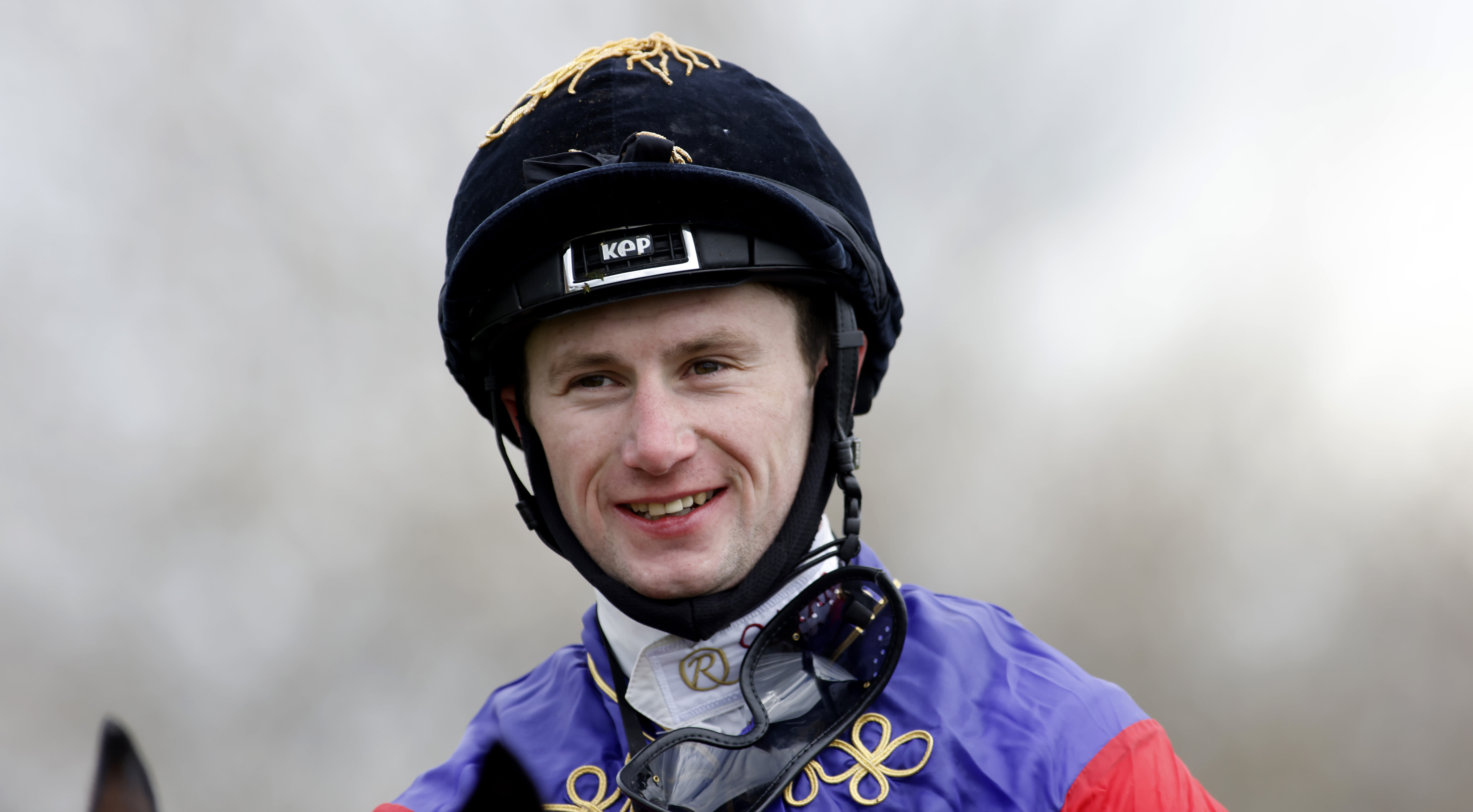 As he relaxes so well I wouldn’t rule out a mile, but at this time of year there are better options over seven.”

Dettori back to winning ways

Frankie Dettori rode his first winner of the year in Britain aboard Delta Bay.

Having enjoyed a fruitful winter abroad, the popular Italian – who turned 50 in December – was back in domestic action for the first time in 2021 for day two of the Craven meeting on the Rowley Mile.

And while he was out of luck with his first two mounts aboard Global Giant in the Earl Of Sefton Stakes and Star Of Emaraaty in the Nell Gwyn, he delighted favourite-backers on his third ride of the afternoon in the bet365 European Breeders’ Fund Fillies’ Maiden Stakes.

Runner-up on her racecourse debut at Newbury in October, John and Thady Gosden’s Delta Bay was a 6-4 chance to go one better on her return to action.

Having set the fractions for much of the one-mile journey, the daughter of Nathaniel was strongly pressed by Professional Widow as the line loomed but clung on by a neck.

Desert Dreamer kept it in the family for trainer Stuart Williams by securing a debut victory to move a step closer to an outing at Royal Ascot.

The Oasis Dream filly, who is owned by the Newmarket handler’s mother Carol Shekells and brother-in-law Jonathan Parry, claimed the bet365 British EBF Maiden Fillies’ Stakes, the opening race on day two of the bet365 Craven Meeting at Newmarket.

And she showed a smart turn of foot under Hollie Doyle to defy her 25-1 price tag and prevail by three quarters of a length in the five furlong dash.

Williams, who was celebrating his first winner on the Rowley Mile in 697 days, said: “She has been going nicely at home and that is my first two year old winner here in about 136 tries!

“I was pleased with her and she is very straightforward. She is not very big but she is tough and brave and has got a bit of talent.”

Asked about a potential run at Royal Ascot, he added: “I’d hope so. We’ve got to run again and we might look at something like the National Stakes at Sandown or the Marygate at York.

“She runs in my mother’s colours and she owns him with my brother-in-law. My mum is on her own now and we have sold the stud so this gives her a bit of interest.”

Count Otto put his assured race fitness to good use when scoring for the fourth time since the turn of the year with a tenacious success in the bet365 Handicap.

Having been kept busy during the winter the Amanda Perrett-trained Sir Prancealot gelding showed a willing attitude to back up his three victories on the all-weather this year in the six furlong contest.

Though pressed late on by Chil Chil, the six year old rallied well under Jim Crowley to hold off the Andrew Balding-trained gelding by a neck.

Perrett said of the 9-1 winner: “He is a wonderful little horse and he has been very consistent since January. He had a bit of an injury after Epsom (in July 2020) as something galloped into the back of him so it gave him a nice holiday. He has come back and it is great to see him do it on the turf.

“He was only beaten a neck at the track last year and he loves fast ground. From January that’s his fourth win of the year and any horse that does that is worth their weight in gold.

“He ran in the consolation race for the Stewards’ Cup a couple of times before. He doesn’t mind coming down a hill as long as he has the last furlong on the level.

“It would be nice to have a go in the big one (Stewards’ Cup). One of his owners would love to run in the Ayr Gold Cup but usually the ground has gone by then.”

Juvenile Watch: Nymphadora and Gisburn have star appeal
Poetic Flare in the mix for Irish Guineas despite French failure
News Articles
Audarya poised to take up Saint-Cloud engagement next week