Supasundae proved too strong for Faugheen as he won the BHP Insurance Irish Champion Hurdle at Leopardstown.

The Willie Mullins-trained Faugheen had plenty to prove following his Christmas eclipse at this track and for a long way it looked as though he might return to form in a blaze of glory in the Grade One feature. Supasundae, left, jumps the last just behind Faugheen in the Irish Champion Hurdle but he powered past on the run in (Racingfotos)

However, after being closely tracked by the Jessica Harrington-trained winner throughout, Faugheen ultimately had no answer as Robbie Power kicked after the last and Supasundae (8-1) powered home to get the better of the 9-10 favourite.

“He’s a fantastic horse and he has improved a hell of a lot – the better ground helped him I’d say," Power said.

“The most pleasing thing today was his jumping, he’s never jumped like that in his life. And Faugheen is not easy to get past and ran a cracking race – so this is special.”

Trainer Jessica Harrington said the horse’s only entry at Cheltenham is in the SunBets Stayers Hurdle and that’s where he will head next.

“Robbie was sure when he had Faugheen in his sights at the last hurdle that he’d stay all the way," she said.

“Faugheen is 10 after all. He ran well, just didn’t win, whatever the reason I don’t know," he said. "He was better than the last day – but no real answers.”

“I’m absolutely delighted with that, couldn’t be happier. He’ll go for the Champion Hurdle at Cheltenham and then the American Grand National.” 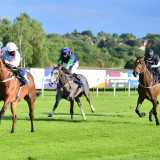 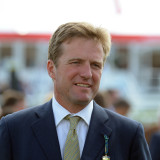 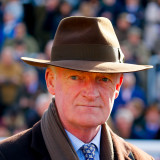 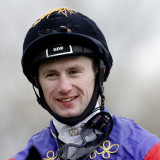